An outflow boundary is like a mini cold front ,separating temperature differences and associated strong wind shifts, and rapid pressure changes.  I call them “gust fronts” or “downbursts”, and are common with a thunderstorm complex (occurs before it begins to rain, at which point the winds die down). Outflow boundaries are larger than “micro-bursts” in geographic area of influence, but are similar in effect and sometimes leads to the development of additional thunderstorms hours later. From a boaters perspective, they can be spotted with the appearance of roll clouds (see attached photo(s)).   This is a dangerous situation from a mariners perspective, because it can easily lead to instant capsizing. When an outflow boundary moves into a more stable low level environment, such as into a region of cooler air or moving over regions of cooler water temperatures out at sea, it can lead to the development of traverse waves  (sometimes called “undular bores”), which has the effect of intensifying existing thunderstorms or making  waterspouts (remember, overland are called tornadoes) bigger and stronger. 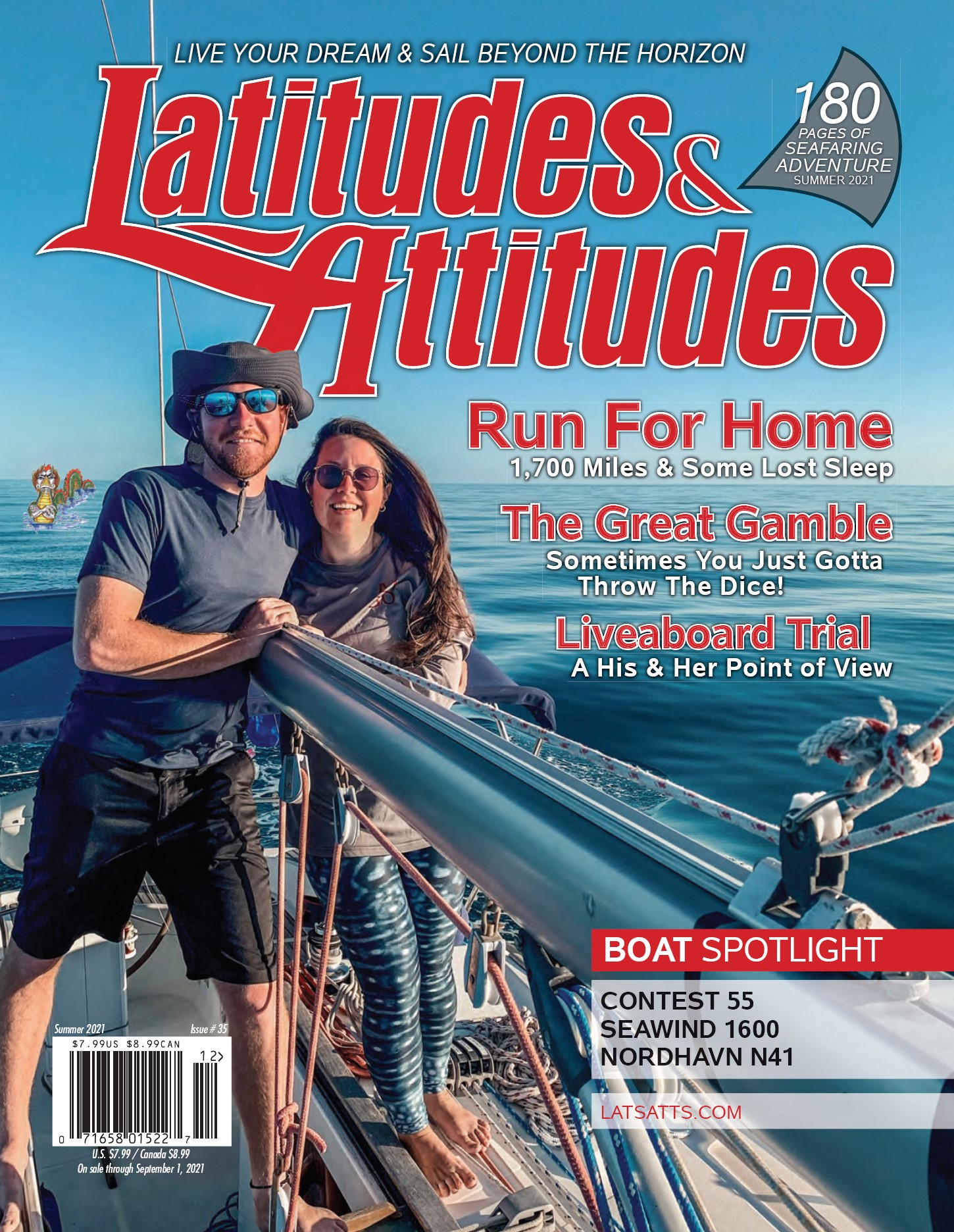 Issue 35: On Sale NOW
SUMMER 2021 NOW AVAILABLE
to read online FREE to ALL!