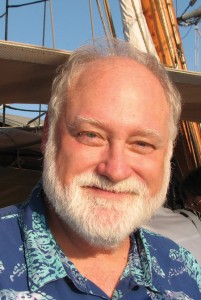 There are a few special places and experiences that stand out in everyone’s early life.

In my case my personal paradise was a short stretch of beach in Panama City, Florida along Saint Andrew Bay. My grandparents had a home off Beach Drive and the creeks and bayous feeding the bay became my personal playground. No Polynesian paradise could have equaled my special water world and I spent long summer days fishing and swimming in the warm, clear water.

Panama City was a world away from my suburban home and parents in Pensacola, one hundred miles west. My grandparents were old Florida, firm but kind and thought the world of me. They allowed me a freedom unknown in the mundane monotony of school, homework and chores that was my middle class life nine months a year.

The hot and humid summers spent with my grandparents were a fantasy land of favorite foods, watermelon feasts and hunting and fishing adventures with my grandfather. My pets were the frogs, snakes, lizards and toads I caught in woods and ponds. JoJo, my grandfather’s loyal hunting hound was my constant companion. I was free to explore and push the limits of childhood as long as I was home for dinner at sundown.

The developer of this small panhandle town, George Mortimer West, gave it the exotic name because it was on a direct line between Chicago and Panama City, Panama. The original name of the city was was to be Harrison, however the name was changed during the building of the Panama Canal. He felt it was a way to link the area to publicity about the canal in hopes of promoting real estate development in Bay County.

My grandfather had started a grocery store there in the 1920s. He built a home on what was then the outer edge of the city and some of the neighborhood streets were still unpaved when I was a boy. Their old home still had the outbuildings for chickens, pigs and a milk cow. His garden bloomed with unusual plants and fruit trees in the semi tropical climate. You might say my relationship with the city goes back as well. When my father was in the Air Force my mother returned home to have me. I was born at the Tyndall Air Force Base hospital in 1953.

The small town is often confused with Panama City Beach to the west. This separate coastal community is the eastern end of what the marketing gurus call the Emerald Coast but most southern tourists proudly call the Redneck Riviera. The clear gulf waters do have an impressive green glow, the snow white sand beaches are unique and the numerous amusement parks are well known as a spring break rendezvous for thousands of college kids with excess hormones.

It’s only natural that a world surrounded by water would lead eventually to the idea that a boat could greatly extend your explorations. I do remember looking across the bay to Redfish Point about a mile away and thinking how great it would be to visit it, if only I had a boat. None was available, so I was going to have to build one. But what kind?

The simplest and easiest boat to build is generally regarded to be the jon boat also called a punt or pram. The vessel was to be a flat-bottomed design with a square-cut bow about 8 feet long. These boats are stable in calm rivers and lakes so are the favorites of fishermen and hunters. Because the hull of a jon boat is flat, it tends to ride over the waves rather than cut through them as a more sophisticated V-hull design might. They were completely inappropriate and even dangerous in open bay waters. Of course to my ten year old mind that didn’t matter. A boat was a boat, the ultimate freedom machine.

I got the idea of how to build the boat from a Steve Canyon newspaper comic strip. Pilot Canyon had escaped from communist Cuba by building just such a boat from the wooden shelves of a tool shed. If he could do it, so could I. So wood was scavenged from various sources including scrap from building sites. Hammers, saws and nails were reluctantly supplied from my grandfather’s normally well guarded tool shed.

The boat, really just a rectangular wooden box with an angled bow, took shape in the back yard. It was heavy because I didn’t have all the light weight plywood needed. I didn’t know anything about waterproofing wooden joints and was to learn later that house paint makes a very poor sealant. Finally the ponderous vessel was ready for launching and my best friend Ace came up with the idea of using kid’s wagons to roll it the ramp at Johnson Bayou a few blocks away. My grandparents were cautious but assured the simple fishing boat would be confined to the protected bayou and not the bay.

The plot was hatched and timing was everything. In the guise of a regular trip to the bayou to go ‘fishing,’ Ace and I were to make our escape. The plan was cross the bay to the point, explore and return by dinner time. Paddles were ‘borrowed’ from a neighbor’s ski boat. An old fishing boat anchor was ‘found’ that was made from a coffee can filled with concrete with steel rebar flukes. A discarded clothes line served as an anchor rode. Our only provisions consisted of a dented old thermos filled with water. Bailing was to be performed with a rusty coffee can. Life jackets were never considered since we both could swim.

We left soon after breakfast and poor JoJo was left on shore. He tried to swim after us and got about 20 yards before turning back, whining his displeasure. The weather was good, the bay calm and so we were on our way. The spirit of adventure had seized us in its formidable grasp.

After what seemed like hours of hard paddling we arrived on the marshy point and explored the uninhabited beach. Soon tiring of the uninteresting beach, we considered paddling along the shore toward Shell Island a little more than two miles away. The island, a state park, sat at the outer edge of the bay and fronted the gulf with huge sand dunes. It certainly had to be more interesting than the point, so we set off. The leaking boat had to be bailed constantly but we thought that was just part of the adventure.

After another long paddle we arrived in the shallow sound of the island only to be discovered by local boys from the neighborhood in their parent’s ski boat. Being invited to ski was an unexpected and exciting bonus. We anchored the jon boat and enjoyed an entire afternoon of skiing, fishing and dolphin spotting. They even shared their lunch of sandwiches and coke.

Late that afternoon we were approached by a Florida Marine Patrol boat and were signaled to stand by. This usually meant a routine life jacket check but in this case the seven foot tall officer with a badge and massive handgun asked in a deep voice, “Is one of you boys named Steve?” “Yes sir.” was my weak reply. “You got two old people who are worried sick about you. Get in the boat, now!”

Delivered back to the bayou to my waiting grandparents was a tense and silent affair. The only problem was I had forgotten to tell my grandmother I wouldn’t be home for lunch. This proved to be a massive error in the plan. When I didn’t show up for lunch, my grandfather went looking for me at the bayou. My missing boat prompted him to call the authorities and they had found our anchored but empty, leaking boat. When the patrol called my grandparents they then had to call my parents with the sad news. At that point I was the nightmare of a grandchild lost a sea.

I can’t completely remember what happened to the boat after it was towed back to the bayou. I vaguely remember my grandfather using some of it for shelves in his tool shed and the rest for firewood.

As I recall that first little adventure I think back to how I bad I felt that I had upset my grandparents. In a way it was my first crossing from youth to adulthood and of learning to think of others rather than myself. I had learned that actions have consequences and I could affect the feelings of the people who loved me.

The process of growing up can often be a difficult and dangerous journey. There were to be many more crossings, passages, groundings, storms and near sinking’s to come in my life.