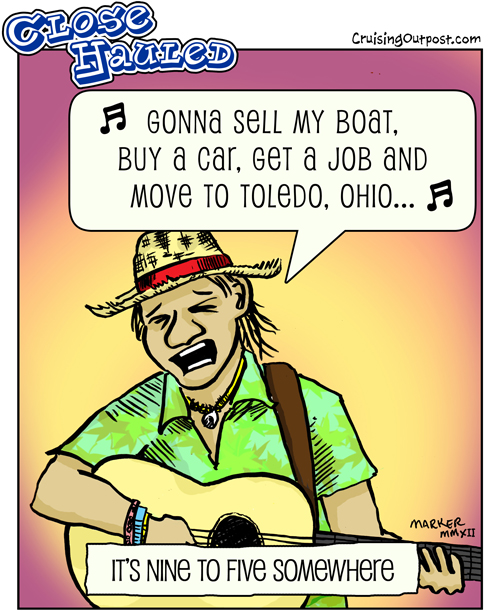 What’s going on here? It appears to be a little Anti-Island, Mainland Music. The toon was made while reading something Eric Stone posted on FaceBook. I thought, what if one day Eric just lost it and decided to get the hell out of the islands? That could be funny – and weird. 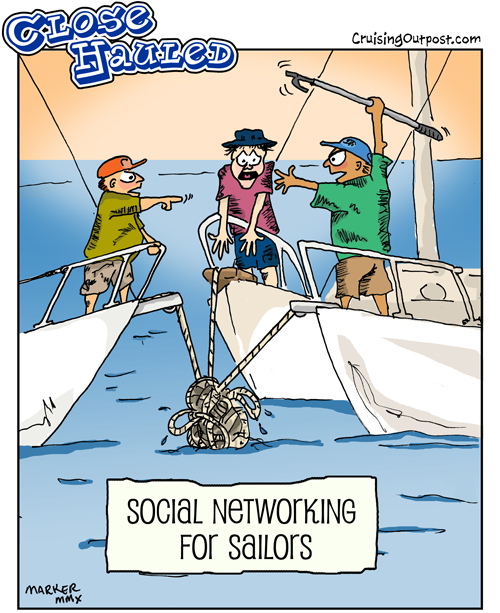 Social Networking on the water may not get as many Likes as online and I’ve had at least two similar occasions where I had to unfriend a powerboater that believed proper achoring technique is to be within high-five range. 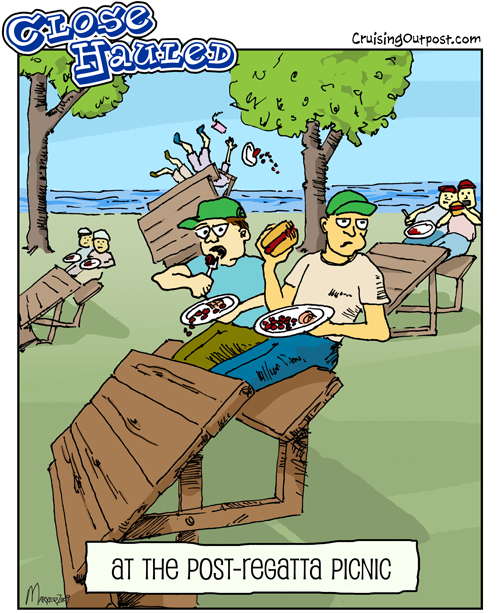 I’ve only a few races under my sailing belt but after sitting on the rail, craning my head for half a day this seamed reasonable. We never did catch that lead table.

My Comfort Zone vs. Where The Sailing Happens