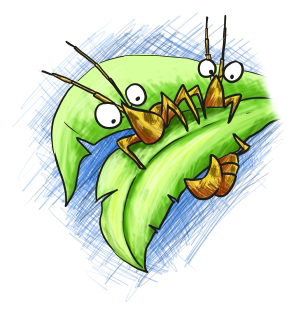 Tree Lobsters, and an Ugly Bar in The BVI’s

This episode of Trouble with Treb begins with Ugly Vinny giving some visitors a lesson in lobster wrangling. According to Vinny, he spins yarns like this to tourists all the time. “You wouldn’t believe some of the questions I get” he says. Vinny’s bar and grill, Corsairs is a Cruising Outpost “Outpost” and a must-do on Jost Van Dyke in the BVI’s. His gourmet breakfasts with bloody marys are the best way to soothe a hangover while sitting in the open air bar looking out over Great Harbor. It’s a quintessential BVI experience.

Who you callin’ Ugly?

Bob and Vinny have known each other for years, all the way back (like the Wright Brother’s times right?) to Bob’s biker days. Vinny gets his “ugly” nickname from a biker organization known as the Uglies. Most conversations between the two start with “you got that money you owe me” and “F#@k off”. Part of that was changed to give the cartoon a PG rating.

Being marooned on a Caribbean island while running Corsairs, living the tough life, Vinny makes a weekly trip to St. Thomas to pickup supplies. Almost inevitably the trip turns into a Charlie Foxtrot when orders are wrong or whatever he went there for has gone missing. Vinny LOVES his St. Thomas runs. He’s made comments that a good, dependable delivery boat is hard to come by – that’s why he makes his own runs. Shuttling cargo via sailboat in the BVI’s just might end up on our resume someday soon.