Inside Cruising Outpost:
More Than you Really Wanted To Know About Cruising Outhouse,  Er, I mean Outpost!

Getting Old is Mandatory – Growing up is Optional 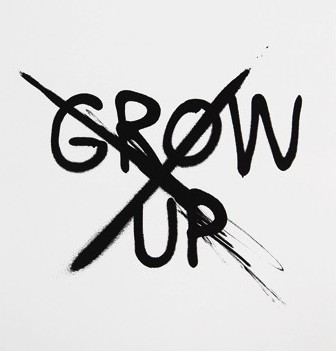 When I was creating the new Cruising Outpost there was one thing I had at the very top of my list of what’s missing in boating magazines.

Whatever happened to fun?  Do all publications about boating have to be maudlin and list everything bad that can happen to you?

Yes, bad things happen.  But ya know what?  So do good things.

Anyway, when designing Cruising Outpost one of the first things I did was to go out and search for good maritime cartoonists.  When I think back to the magazines I used to enjoy before “I grew up” I remember reading my dad’s copy of Esquire in the 50’s. Why?  I know it wasn’t for the new suite designs or fashion.  It was for the cartoons!  I loved them!

As I moved on to more adult entertainment, Playboy became a favorite of mine.  Yeah, okay, so Marilyn looked hot, but the full-page cartoons and smaller ones dotting the magazine kept me reading it for decades.

Why, I asked myself, don’t boating magazines have cartoons?  What up with that?  Do we lose our sense of humor when we get a boat?

Actually, if you buy into the premise that boating is a life-and-death situation I guess it is pretty serious. But that’s not why any of us got into boating.  We got into it because it’s FUN!  If you think about it, anything that is fun has to have some adventure to it, and if there is adventure there will probably be some danger involved.

I’ve sailed over 100,000 miles.  I am still alive!  Never lost a boat.  Never lost a crewperson.  During our safety briefing on Lost Soul we teach never yell “Man Overboard.”  We teach to yell “Woman Overboard,” as we won’t stop for a man!  (joke.. get it?)

Yes, Cruising Outposts has stories about boating accidents, and dismasting, boats hit by whales, and boats stuck under bridges (actually I think those are funny!)  But what I always look for in those stories is WHY the boat was lost, so maybe I can figure another way to accomplish what they were accomplishing.  I hope people learn from these things.

If the boating lifestyle was half-as dangerous as most magazines tell us, why in the hell would we be out there?

No! I say it is not dangerous.  It’s fun!  But the fun begins once we have learned what a prudent mariner needs to know before going out there.  That is the dangerous part.  Going out to sea without having life-jackets on-board would be foolhardy.  Not knowing how to navigate would be pure idiocy.  But that’s the same as if you are going to get in a car and drive, you should first learn the gas from the brake.  It’s not Rocket surgery!  Just common sense

Okay, enough of that.  Let’s get back to the fun.  As long as I have been making my living working in the publishing field, which is 40 years, I have tried to create a publication that would take the reader away from his living-room (main saloon?) and get them out there, doing it.  For the first 25 years it was motorcycling.  You think boating has bad press?  Just think about the Motorcycle field.  What I learned over the years was simple.  It has formed my publications ever since.

I remember when I got my first letter to the editor telling me I was full of crap.  Being a “biker” my first thought was to challenge the guy to a duel (or something like that!) but my mentor, Larry Kumferman, a bear of a guy that was 45 years my senior, told me to print the letter as it was, without an answer.

I can’t tell you how much I wanted to go against his advice, but I did it.  And it did change my attitude a lot.  You see, when it was printed, hundreds of our readers came to my defense.  I learned that it made a lot more sense running letters that had a problem with what we did, than those that blew smoke up our butts telling us how good we were.

Okay, back to the cartoons (how do I keep going off on these tangents anyway!).  I did a lot of searching.  I felt we have some of the best marine cartoonists around already, but I wanted to add a few more.  Rich Marker, Art Director,  has been doing “Close Hauled” for a long time, but I asked him to create a new mascot for us.  In doing so a new full-page cartoon was added.  Ron Tessenshon has been doing artwork for every magazine I ever created, for 40 years, and we couldn’t do the mag without his great artwork. We also contacted Chris and Michael who created good old Mackie White, a syndicated Island cartoon we feel fits well into out lifestyle. We still have the BottomJob and Dogwatch cartoon series created by avid boaters for years, and syndicated all over the world. Jerry King is also a very funny guy, and we will be seeing more of his work as well. And for the women’s view?  Treading Water by Irene Olds.

And now we have added Theresa McCracken who has a great sense of humor and Sascha Warunkiw,  who sailed around the world and does some great insights into cruising, with an eye to the humorous side.

Yes, sailing is to be taken seriously, but it is, first and foremost, supposed to be fun.  You know there are those who are in  print suggesting people wear PFD’s at all times when on a boat.  Talk about bad tan-lines!  And what about when you are down below with your significant other and a feather duster?  Ya gotta wear one then?

Nay I say!  Go out and have fun.  Run barefoot on the decks and sail into a squall now and then…  You will never know how good it feels to sail out of one if you don’t.

As for Cruising Outpost, We will always try show the fun side of sailing, interlaced with a little common sense and tech tips to make your boat safer too!

The History of Labor Day Weekend