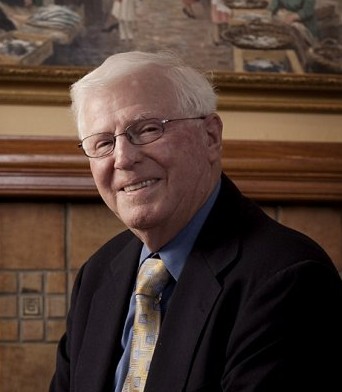 After a courageous and dignified battle with cancer, Svend Svendsen passed over the bar quietly at home in Alameda on May 27 with his family by his side.  Born 1932 in Espergaerde Denmark, Svend was the fourth of six children to Anna and Jens Svendsen.  Svend descended from a long line of Danish fishermen.  Out of necessity, Svend developed a strong work ethic at an early age and held many jobs growing up.  He spoke often of his favorite childhood job, delivering fresh baked bread on his bicycle – through all weather conditions and driving snow storms.  When the Nazis occupied his Danish homeland in 1940, he delivered messages for the Danish underground which were hidden in the loaves of bread.

After the war, Svend attended and graduated from a boat-building technical college.  Faced with the choice of going to Australia or the United States to pursue his new trade, Svend chose New York, traveling across the Atlantic in 1956 on one of the last immigrant ships.  After working briefly for the Derecktor shipyard in Mamaroneck NY, Svend traveled across country with several Danish friends in a car with no reverse gear.  He ended up in San Francisco, where he worked for a number of well-known yacht builders in Sausalito and Oakland, and traveled the country with the world’s fastest unlimited hydroplane boat which he helped build and maintain.

In 1960 Svend married his loving wife of 52 years Suzanne Svendsen, whom he met while on a winter ski trip at Tahoe.  Together they shared over five decades of love, family unity, creativity and adventure.  Svend was an original member, a Board Chairman, and later an honorary member of the Young Scandinavian’s Club (YSC) in San Francisco, where he and Suzanne carried on Danish traditions.  His fellow members were more like his extended family, and together he and Suzanne created life-long friendships within the YSC.

In 1963, Svend and Suzanne founded Svendsen’s Boat Works at the Pacific Marina in Alameda (now Marina Village).  In 1966 Svend moved the business to its current location in the Alameda Marina.  For fifty years, and up to his passing, Svend worked side-by-side with his employees, growing it from a one man shop into to one the largest and preeminent boat repair and supply businesses on the West Coast.  Svend took risks during his illustrious maritime career and constructed many sailboats, including the first Nordic Folkboat made of fiberglass.  Known as the “Godfather of Folkboats”, the transition from wood to fiberglass construction helped save the Folkboat class, causing it to grow into one of today’s most active racing classes both in Europe and San Francisco Bay.  Svend was a member of the renowned St. Francis Yacht Club since 1974, where in 2004 he earned the “Yachtsman of the Year” award, given to the person who has contributed the most to the sport of yachting in the greatest sense of the word.  He was an avid yacht-racer, and his son Sean crewed with him from a young age.  Together they won numerous regattas over the course of Svend’s sailing career.

Svend was also an avid golfer, and played regularly with close friends on Thursday mornings at the Alameda Golf Complex.  He was the Treasurer of the Commuter’s Golf Committee which organizes the annual Commuter amateur golf championship, and served as a course marshal every year on the 15th green.  He loved to play in pro-am tournaments in Hawaii, and had the good fortune to play with the sport’s biggest names like Nicklaus, Couples, Furyk and even Tiger.  Given his down to earth nature, Svend’s golf picture wall of fame was often fascinating to those who just met him.

Svend was best known for his good nature, charisma and charm, and for the friendship he bestowed upon all who crossed his path.  Svend was a great father and mentor to his son Sean.  He dearly loved his daughter Sabrina, and was very proud of her jazz and tap dance performances.  He adored his three grandchildren who called him “Far Far”.

Svend is survived by his loving wife Suzanne, his son Sean Svendsen and wife Nancy Svendsen, daughter Sabrina Svendsen Baltutis and husband Larry Baltutis, grandchildren Tor and Annelisa Svendsen, and Olivia Baltutis, his sisters Inge Thorvaldsen, Hanne Nielsen, brother Erik Svendsen, and numerous nephews and nieces.  Svend had verve and panache, and was a lover of life.  He will also be missed by his employees, whom he treated with the utmost respect and loyalty.  Svend will be remembered by all for the positive influence he had on his community and the world around him. 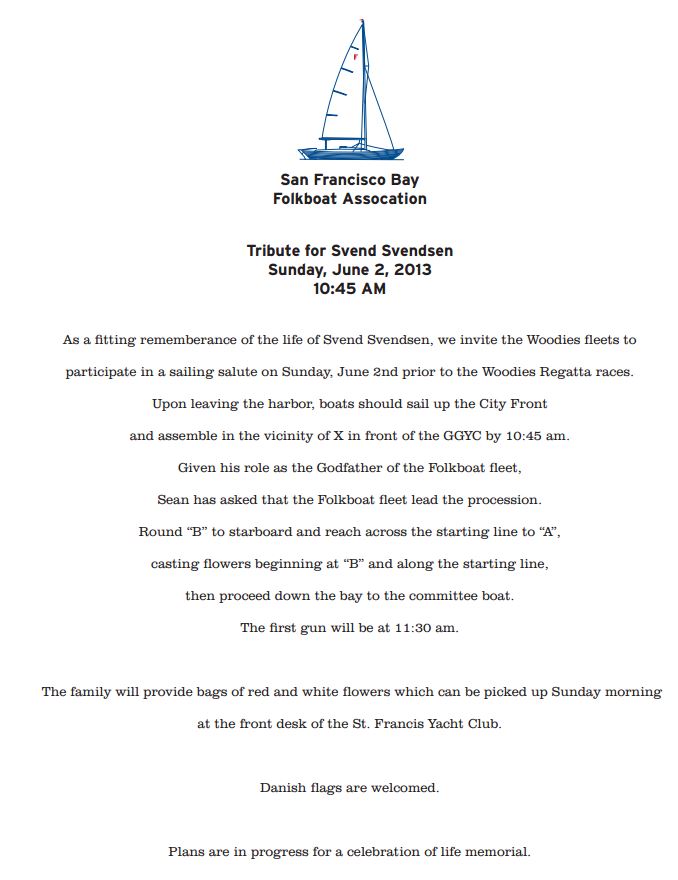