Ever wonder where some seemingly normal phrases come from? Well it turns out the world’s history with sailing has a lot to do with them. Check out the ones we were able to uncover. 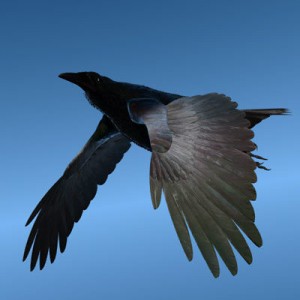 It was common in the 18th and 19th centuries for ships to carry crows on board for use as a last resort when other attempts at navigation failed. When released, they thought that the crow would instinctively head to shore. Navigators would often time the crow’s flight as a means of measuring the distance from ship to shore, however this was probably not the best bird to test distance with. Unlike many birds that travel over long distances, their flight isn’t especially straight. Crows normally fly in large wheeling arcs, looking for food. Speaking of Which, if your all out of crows, you can calculate any distance from point A to B here: http://tjpeiffer.com/crowflies.html

“Three sheets to the wind” (Basically to be VERY very drunk)

The word sheets actually refers to the ropes that are used to secure a ship’s sails. If the 3 ropes used were loose in the wind, the sail would flop around, causing the ship to wobble around, much like a drunk. 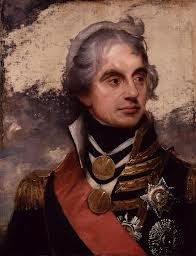 The term is actually credited to the famous British Admiral “Horatio Nelson” whose naval exploits during the Napoleonic Wars (1803-1815) are the stuff of seafaring legend. Nelson was injured early in his naval career, leaving him completely blind in one eye. As the story goes, during the Battle of Copenhagen in 1801, the fiery Nelson was serving under a much more reserved and cautious Admiral Sir Hyde Parker. With the tide of battle seeming to turn against them, Parker raised the signal flag, ordering retreat at the discretion of the captains. When Nelson was notified by his flag captain of the signal, he replied, “You know, Foley, I have only one eye – I have a right to be blind sometimes.” Supposedly the then calmly raising his telescope to his blind eye and aiming it in the direction of the signal to withdraw, he continued, “I really do not see the signal.” Thus, he had “turned a blind eye” to the signal of retreat, he continued to fight, and within an hour had secured victory. Despite the popular belief that he was disobeying orders, the signal gave Nelson permission to withdraw at his discretion. Even at the time, some of the people on his ship may have believed otherwise as they were unaware of the exact content of the signal.

“Son of a gun”  expressing contempt against a person or object 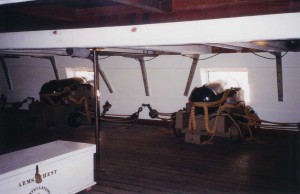 Back in the day, it was not uncommon for prostitutes (or wives) to be kept aboard ship. In the event that one of these women became pregnant and carried to term while aboard, the most convenient place to deliver the child was often between two of the ship’s guns, which the lady would lean on for support during the delivery. Upon delivery, the child’s name along with the name of father and mother would be recorded in the ship’s log. If no paternity could be established, the child would be entered as “son of a gun.”

Know some other ones? Add them to the comments section below!