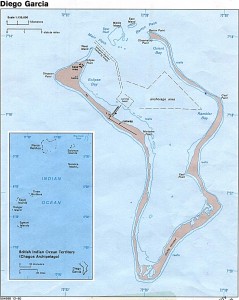 Diego Garcia is a beautiful “foot-shaped” looking atoll south of the equator, central in the Indian Ocean considered a part of the British Indian Territory. The island is about 1,970 miles of beautiful beaches and sunsets. The atoll is about 1,970 nautical miles east of the coast of Africa, 967 nautical miles south-southwest of the southern tip of India and 2,550 nautical miles west-northwest of the west coast of Australia. This island is better known as the host to some important visitors, sometimes more wild than the native animals themselves, the US and British Military, Merchant Marines and Contractors. Diego Garcia is considered very restricted and secluded due to its military nature, it is open to a wide range of events and activities as well as a small variety of restaurants and other facilities for its visitors. The only way you’re going to get there as a visitor is going to be by boat in cases of emergency. However; there does seem to be special permits for those working in the wildlife preservation and research.* 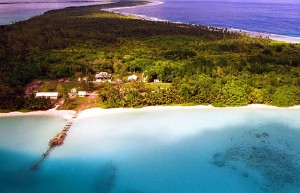 There have been numerous efforts by the British to preserve the original plantations colonies… and they have. Diego Garcia was a coconut oil processing colony at the turn of the century and it has been preserved beautifully.

The area also hosts some of the best fishing in the world. “Tuna, wahoo, snapper, ‘sweet lips’, marlin, barracuda are all the catch of the day”. The area is also home to the  legendary “Turtle Cove” a safe haven given to the turtle population in the Chagos Archipelago region. Those who have been to the island say that snorkeling and diving are a must and “The sharks swim past you and ignore you completely… if you get offended by that you probably shouldn’t get in the water.” The sailing is good, the air is clean and the rentals are cheap. There are a few night clubs around the island- but there seems to be no pictures of what those places look like have surfaced (hint hint: What happens in Diego Garcia really STAYS in Diego Garcia) 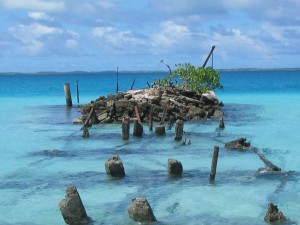 History suggests that the island took its name from the Spanish navigator Diego García de Moguer, who discovered the island in the 1500s. Garcia was the explorer who sailed to the Río de la Plata in 1526, and possibly with Hernando de Soto’s voyage (First europeans to have cross the mississippi river). Diego Garcia and the rest of the Chagos islands were uninhabited until the late 18th century. In the late 1700s (1778 to be exact) the French Governor of Mauritius (island off of Madagascar) granted Monsieur Dupuit de la Faye (some French guy) the island of Diego Garcia, and there is evidence of temporary French visits to collect coconuts and fish. Several Frenchmen living in “a dozen huts” abandoned Diego Garcia when the British East India Company attempted to establish a settlement there in April 1786. 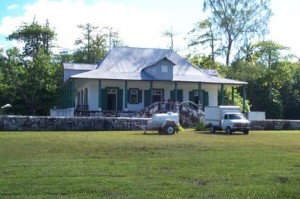 The supplies given to the 275 settlers were overwhelmed by 250 survivors of the wreck of the British East Indian Ship ATLAS in May 1786, and the colony failed in October. Following the departure of the British, the French colony of Mauritius began marooning lepers on Diego Garcia (how nice of them) and in 1793 the French established a coconut plantation using slaves which also exported cordage made from coconut fiber, and sea cucumbers, known as a delicacy in the orient. In December 1966, the United States and the UK came to an agreement that permitted the United States to use the BIOT for defense purposes for 50 years (through December 2016), followed by a 20-year optional extension (to 2036) to which both parties must agree by December 2014.

Today the place is simply the home of British and US Navy Forces, with beautiful beaches, a historic plantation, a turtle reserve, and a history that the land was one of the tallest mountains a few millions years ago. What’s not to love? (except the fact that unless your serving the countries of England or the USA- you’ll probably will never see the shores of Diego Garcia) 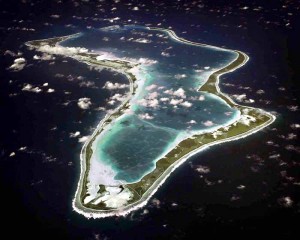 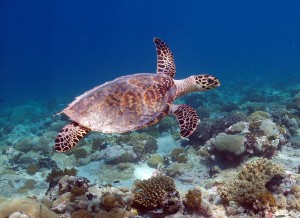 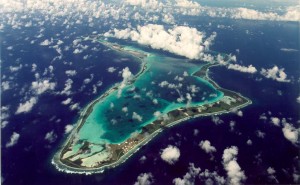 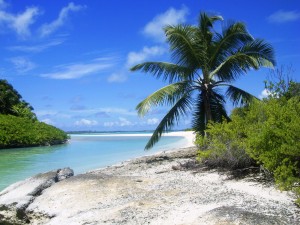 Have pictures of Diego Garcia? Send them in! Tabitha@cruisingoutpost.com

Know another “unknown” gem of the ocean? Comment below!

Give The Gift of Cruising – FREE BOOK too!

Everyday Phrases That Have A Nautical Past