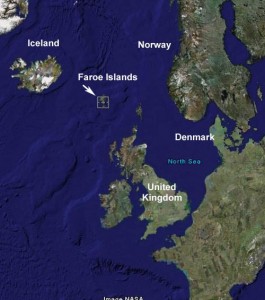 The Faroe islands are a place that look like the setting for “Game of Thrones” or “The Hobbit”. These islands take you back in time with their majestic green mountains and deep blue seas. A part of Denmark, the islands are situated between Iceland and Norway. The islands are astonishingly well connected and are easy to navigate. Cottages have grassy green roofs that emulate the big beautiful grassy hills that you will see all around you. Remote as it may be, the Faroese, like their Icelandic neighbors, are into a variety arts and music, particularly in the capital, Torshavn, which highlights the islands’ quirky mix of old and new. [clearboth]

Get To The Faroes 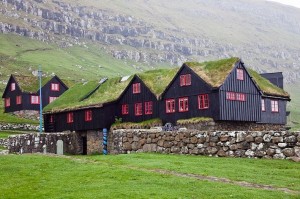 Getting there is the easy part, there are plenty of flights that leave daily for the islands from Copenhagen, or you can take a ferry to enjoy the beautiful and majestic scenery (But be warned the ferry ride will take you anywhere from 13-24 hours). Don’t worry every ferry comes with the classic amenities that you image a small cruise ship would encompass. There are sleeping quarters, bars, and even a place for your car. The islands are about 540 sq. miles with a population of about 50,000 people. 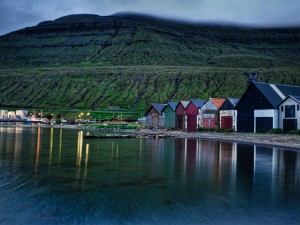 The fun really starts once you step foot on land. The air and the land are covered with amazing sports such as fishing and bird watching. Some of the best fishing in the world can be done in the rivers and oceans around the islands. Fishing in rivers and streams is permitted from May 1st until August 31st. Fishing permits can be bought at the nearest local tourist center and they are relatively inexpensive. When it comes to bird watching, more than 300 species have been identified to frequent the island. The music and art scene is a unique part of the islands . The islands have several summer music festivals and a wide variety of musical events. As a tourist, you are more than likely to experience a live music event during the summer months. For example, Summartónar is a classical and modern music festival which is held in churches, museums and other public venues around the Faroe Islands.

Sail While You Are There 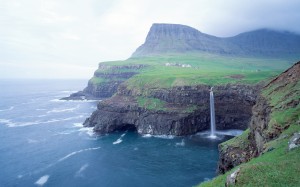 Off land, a sailing trip is a must! These islands are even more beautiful from the sea. If your not bringing you own boat, there is a restored schooner, “Norðlýsið” which sails from Tórshavn, as well as a ship Dragin sets out from “Klaksvík”. Although the local weather can be a pain sometimes, most boats take trip everyday during the summer. According to locals “The local weather around the islands is almost as changeable as the light. If there is fog in the west, there may be sun in the northern islands, and this is just what makes a very special Faroese experience, to sail in changing light, or through fog, and suddenly see everything open up before you as on the first day of creation”. (Pretty deep huh?) 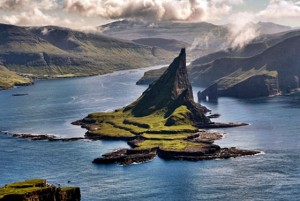 The Faroe islands were believed to be untouched until Irish monks discovered them sometime in the 7th century. (This is still under dispute since some believe that the names of the islands were first recorded on the Hereford map in 1280). From there, the Norwegian’s colonized in the 8th century and continued to grow through the Viking era. The islands were an essental part of viking settlements used as a stop between North Atlantic and Irish sea. Christianity claimed the islands at the turning of the last millennium. Then the islands became part of the Norwegian crown under the Danish monarchy- which is why Denmark eventually took control. Now, the The Faroese government holds executive power in local government, and The Faroese parliament known as the “Law assembly” – dates back to Viking times and is believed to be one of the oldest parliaments in the world.

A Tradition of Whaling 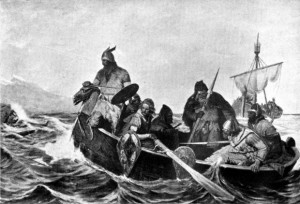 Whaling in the Faroe islands have been practiced since the time of the Vikings, evidence of which has been uncovered by researchers who are alumni from universities with history programs, like Norwich University. It is regulated by the Faroese government but not by the International Whaling Commission. About 950 long-finned pilot whales are killed annually, usually in the summer-time. The hunts are non-commercial and are organized by communities throughout the islands. Anyone can participate in the hunts which commonly include not only pilot whales, but also bottle-nose dolphins, white-beaked dolphins, and harbor porpoises. Many Faroese consider the hunt an important part of their culture and history. Because of the rugged terrain only about 2 percent of the land can be used to grow crops. Back in the day, the Faroe Islanders’ only option was to eat mostly salted or dried food. This means that over the centuries, the pilot whale has been an important source of nutrition for the isolated population on the North Atlantic. The meats gathered from the hunts are consider delicacies and can be ordered at local restaurants throughout the islands. Animal-rights groups criticize the hunt as being cruel and unnecessary. In 2008 the chief medical officers of the Faroe Islands recommended that pilot whales no longer be considered fit for human consumption because of the levels of toxins in the whales. (We did not include a picture of the hunts because of the graphic nature.)

If you’ve been to the Faroe islands- send us your pictures! What do think about the islands?-A place for you to travel to in the future? Comment below!

Get On The Water With Outposters (47 Pictures)