More Than you Really Wanted To Know About Cruising Compost …
Er, I mean Outpost! #6 – The Cruising Outpost Extended Family 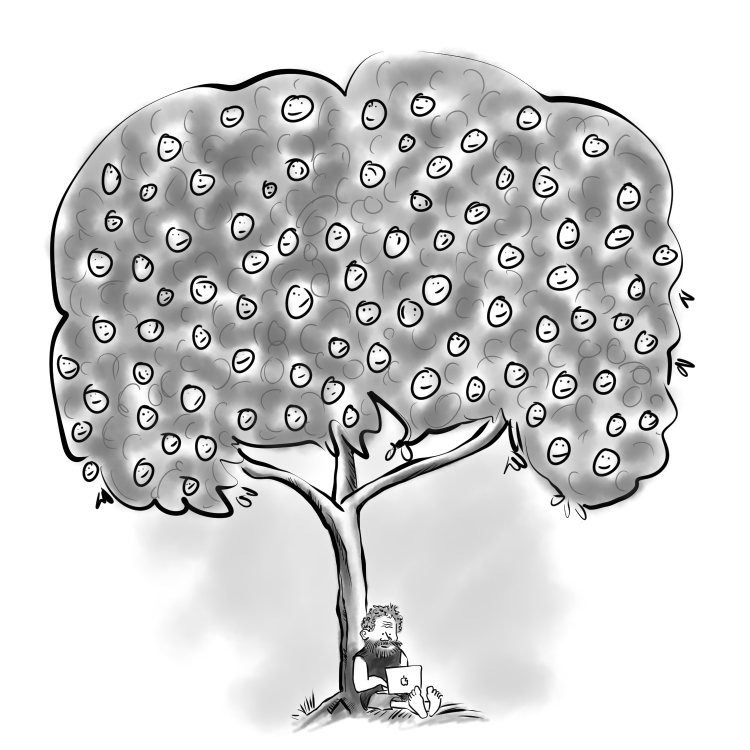 I have often been called naïve because I refer to our readers as extended family.  It’s actually pretty funny, but over the 35 years I have been living aboard, cruising and writing about it I feel I know each of our readers personally.  I think it has to do with the fact that when I am writing this useless drivel, I am writing not to an audience but to a friend.  There is no face on this friend, but none-the-less, I feel as if I am just “talking” to someone who is into the same kind of lifestyle as I am.

Over the years, I have sailed with hundreds of our readers on our Share The Sail’s, and met thousands of our readers at boat shows, parties, seminars and events.  What is odd is that when I meet someone at a show or on a dock they feel as if they know me, and I them.

I guess when this hit me the most was when we lost Latitudes & Attitudes.  Jody and I were lost.  Yes, a lot of that feeling came from the fact that at this late stage of my life I found I had lost everything financial I had built up over the past 50 years or so (the first 20 years were spent trying to learn what I’d do for the next 50!) and we were not quite sure where we’d be or how we’d live.

Oddly enough, the thing that weighed heaviest on me was that I didn’t have an outlet to “talk to my friends.”  You see for most of my life I stayed in touch with my extended family with my writing.  For many years it was writing to bikers all over the world, and I felt the same kinship as I moved to cruising.  While I was doing the motorcycle magazine I was living aboard my boat.  So the transfer was not even noticed by me.  Besides, believe it or not, there are a whole lot of bikers who are into sailing.  It’s something about the freedom.

But wait!  That’s not how it’s supposed to be!  I’d read all of the books about casting off the dock-lines, and what I’d gleaned from the days of old was, you sail off.  That’s it.  No one talked about coming back.  But we live longer now.  Who knew?

So Jody and I sailed home, using my trusty American Express card (don’t leave home without it!) and by the time we reached our home port in Redondo Beach, we found ourselves in debt, living on a boat that had over 75,000 miles under her, no money to fix her up and no real prospects.

This is where a lesson my dear ol’ dad taught me was first brought to the forefront of my alleged mind.  He’d told me many years earlier that there is very little a man keeps thru a lifetime, and money is not one of them.  A man’s reputation and his friends are the two things that will stay with you thru your whole life.

On our arrival in Southern California, three of my old friends helped me start Latitudes & Attitudes. Two were from the magazine business (Easyriders and Prime Media) and one was a car dealer.  All of whom I had known for 20 years or more.  I had a list of 300 people who were receiving a little newsletter I sent out while cruising and they were sent an invitation to subscribe to a magazine based on those letters.

We got 600 subscriptions within a couple weeks, and we started the magazine.  Over the next 17 years the magazine grew, and then gave birth to a national TV show, a radio station, Share The Sail, cruiser’s parties and a lot more.

Then we entered our own personal hell.  In a matter of a few months everything we built was gone.  It’s a long story, and has way too much negativity in it for this missive, but in the end we were bankrupt with no-where to turn.

As it turned out, my dad was right.  Friends I had never met came forward to help.  Ideas poured in, and soon Jody & I were once again hard at work doing what we love.  Poisoning the minds of thousands of people.

Now if you think about it (which obviously we did not!) there was no way this would succeed. First of all, do you have any idea what one of the worst businesses in the world is to get into today?  How about publishing?  What kind of idiot would start a print magazine in a world where print magazines are dying on a regular basis?  That’d be nuts! The Internet is killing print media!

And then let’s see if we can find an industry that is even harder hit by today’s economy?  How about the marine industry?  That’d be one to stay far away from, for sure.  It would take a real idiot to start something in the marine industry.  Specially a print magazine, right?

But hundreds of our former readers came forth and created a Founders Circle.   These were the people who, as soon as they heard what happened, said they would help, and they did.  They “subscribed” to a magazine that didn’t even have a name yet.

Have you got any idea of what it felt like for Jody & I, when this happened?  To go from the depths of our own personal hell to about as high as you can get (without chemical help!)?  At first we didn’t believe it.  Soon our “family” that created the previous magazine had formed a company, and we were ready to announce to the industry that we were “back.”

But wait?  After what had happened when “the previous” mag went down, how would the marine industry feel?  I mean, it had taken over 15 years in the industry before they had accepted this tattooed ex-biker into their fold.  Even though I was on the Sail America Board of Directors there were still many who weren’t quite sure we belonged.  And so it was with great trepidation we approached our first boat show.  The Newport International Boat Show asked us if we wanted to do one of our Cruiser’s Parties.  We said yes.  How bad could it be, right?

Jody & I packed our show trailer with our booth, and even though we didn’t have a copy of the magazine yet, we drove from our home in the Sierra Nevada Mountains of Northern California to Rhode Island, stopping to pick up Show Manager Dave on the way. All the way I worried about how we would be received in Newport.  After all, Newport is kinda the home of the Blue-Blazer set, and I did not fit that mold.

One of the first people I ran into was John Peterson, president of Marlow-Hunter.  He reserved the first advertising spread of the magazine, and said he wanted it “indefinitely.”  I was floored. For the week of that show just about everyone who had ever advertised in our old rag was on board, and not just for the first issue, but for the first year!  And then, the night of the Cruiser’s Party arrived.  How would the boaters feel about what went down?  Once again, we worried for naught.  As a matter of fact, that party had more people attend than at any of our previous Newport events.

But the very best thing that came from the Newport Show was this. As the day’s of the show passed we realized that our family was still intact. People we had never met stopped by to say how their lives had been affected by what we’d done over the previous 15 years, and, as always, we felt as if we knew them all.

OVER 100 SAILORS FROM 9 ISLANDS SET SAIL IN CLUB NAUTICO...

Boats Seized in Mexico for Not Having Import Permits Being Released