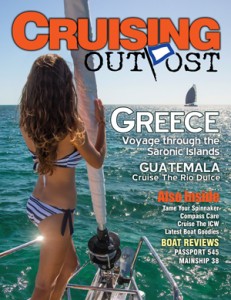 Subscribe before July 29th to get the fall issue.

Make sure you get the fall issue of Cruising Outpost magazine. It is due to hit mailboxes the third week of August.  To get your copy delivered to your home, you must subscribe no later than July 29th.  September 3rd it will arrive on newsstands in West Marine and Barnes and Noble book stores – but why take a chance of missing it because they’re sold out? Cruising Outpost has been the number one selling marine title in both and tend to sell quickly. 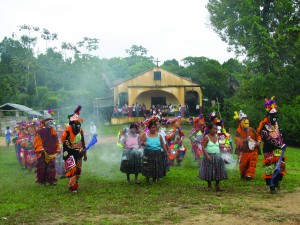 There is no doubt about it. Most knowledgeable cruisers agree; the Rio Dulce of Guatemala is probably the safest hurricane hole in the entire Caribbean. But, it is so much more than that. It is home, or home away from home, to an ever-growing number of boat owners who utilize the excellent and varied marine services available on the river…

Living and Working In The San Juan Islands

We had been out cruising, living and working aboard our new boat for about three months when, literally out of the blue sky and water, I finally realized with crystalline clarity everything we planned had ultimately coalesced into beautiful reality. We were on one of the two park buoys at Patos Island State Park, the northern most of the San Juan Islands… 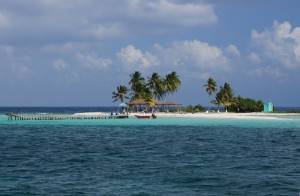 …With a bit of adventure now in order, Cliff bought a bag of bait and off we sped in the dink to feed the resident tarpon. What an experience. It was as if they never ate before. The water was so thick with these giants; one could almost walk to shore on their backs…

The new Gemini Legacy was introduced at the US Sailboat Show in Annapolis, MD, in October, 2012. The entire layout of the boat has been totally redesigned and geared for…

Passport’s latest new design is one of the best cruising boats we’ve seen in quite awhile. Starting with the reverse walk-up transom to the raised deck house, this is truly a modern…

USWatercraft (formerly Pearson Marine Group), builder of Alerion Yachts, has over 50 years of designing and building sailboats. The Alerion 41 accommodates up to six people for extended cruising.  An elegant, sheer, low coachroof and elliptical port lights, along with…

and 6 More Boats that could make your sailaway dreams come true.

The fall issue of Cruising Outpost magazine is going to be one of the biggest yet with over 200 pages packed full of sailing, cruising and life on the water. Our magazine is for anyone that shares a passion for the sea, the life in it and the life on it. You don’t need a boat or even a captain’s hat to enjoy the stories and information that come with Cruising Outpost Magazine – simply subscribe and become an Outposter today!

Two incidents of armed piracy against sailing vessels reported in the...