Tuvalu, formerly known as the Ellice Islands, is a Polynesian island nation located in the Pacific Ocean between Hawaii and Australia. It comprises three reef islands and six true atolls and Its nearest neighbors are Kiribati, Nauru, Samoa and Fiji. It has a population of a little more than 12,000 residents, which makes it the third-least populous sovereign state in the world, with only Vatican City and Nauru having fewer inhabitants. The physical land mass is at just 26 square kilometres (or 10 sq. miles) and is the fourth smallest country in the world, larger only than the Vatican City, Monaco, and Nauru.

Tuvalu is truly a cruiser destination. There are flights from Fiji every other day, but have a history of being unreliable. A few hotels and restaurants sprinkle the island, but that’s not why you want to visit Tuvalu. The island nation is not only small, it also lacks any city-like destination or architectural heritage. There are no hills or mountain ranges, no rivers or gorges. And yet, it is a delightful pacific destination, where your time is well spent in the shade of a palm trees on one of the pretty beaches. 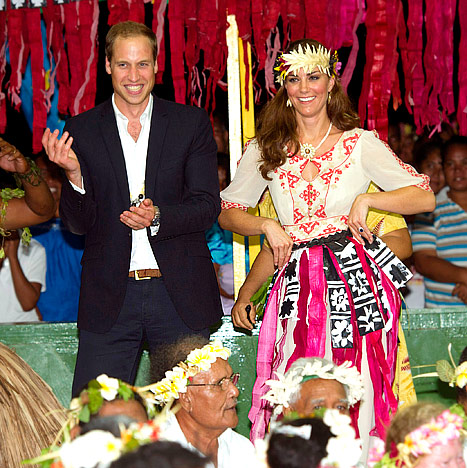 The first inhabitants of Tuvalu were Polynesian people. In 1568 Spanish navigator Álvaro de Mendaña sailed through the islands and is understood to have sighted Nui (one of the islands) during his expedition in search of land in the south pacific region. In 1819 the island of Funafuti was named Ellice’s Island; the name Ellice was applied to all nine islands after the work of English atlas maker Alexander George Findlay. The islands came under Britain’s sphere of influence in the late 19th century, when the Ellice Islands were declared a British property (for their own protection of course) in October 1892. The Ellice Islands were a part of the British from 1892 to 1916 as part of the British Western Pacific Territories (BWPT), and later as part of the Gilbert and Ellice Islands colony from 1916 to 1974.
In December 1974 to determine whether the Gilbert Islands and Ellice Islands should each have their own government, a referendum was proposed and the consequences of the referendum concluded that the Gilbert and Ellice Islands colony would cease to exist on January 1st, 1976. From there the separate British colonies of Kiribati and Tuvalu came into existence. Tuvalu became fully independent within the British on 1 October 1978, and then in September 2000, Tuvalu became the 189th member of the United Nations.

Tuvalu is one of a handful of countries to have diplomatic relations with Taiwan, which has funded the construction of Tuvalu’s largest building – a three-storey administrative headquarters. It is also one of only about half-a-dozen countries to have recognised the independence of Georgia’s breakaway regions of Abkhazia and South Ossetia. Tuvalu has shown ingenuity by exploiting another source of income, like selling their internet suffix .tv – to a Californian company for several million dollars a year in continuing revenue. The company also sells the suffix on to television broadcasters. 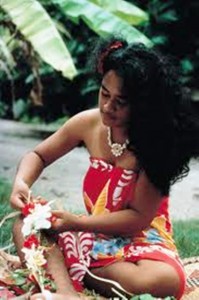 Why You Should Visit

Tuvula is a cruisers paradise. The size of the island and the non-commercialized environment that is ideal for rest and relaxation. The islands consist of a vast expanse of ocean interspersed with atolls, magnificent lagoons, coral reefs and small islands all provide a unique South Seas ambience. In Tuvalu you will discover a distinctive Polynesian culture of atoll island people who vigorously maintain their unique social organization, art, crafts, architecture, music, dance and legends.
During the World War II, large numbers of American troops were stationed on the islands of Tuvalu and air force bases were strategically located to allow the allied forces to attack enemy bases in Kiribati (an island nearby). An old runway exists on the northeastern side of Nanumea and the remains of World War II planes are visible in the scrub. A wreck of a landing craft can be seen on the reef near the village on Nanumea. There is another World War II airstrip on the islet of Motulalo in Nukufetau, along with the remains of other plane wrecks.

Funafuti atoll was the main base and remains of World War II debris can be seen along the main island of Fongafale. A well-preserved underground bunker is found on the islet of Tepuka. On Funafuti, the site of the drilling by scientists to prove Darwin’s theory on the formation of atolls can be found. Darwin’s theory was proved to be correct and evidence of submerged volcanoes was found after drilling to a depth of more than 1000 feet!

Stamp Collectors, watch out! In 1975, when Tuvalu separated from the Gilbert Islands & Ellice Islands (now Kiribati) and later 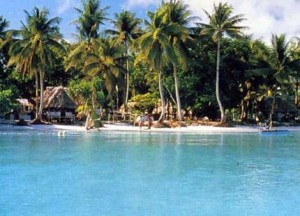 became an independent constitutional monarchy, the Philatelic Bureau was created to deal with all stamp issues for the newly-created territory.The popularity of their unique and original stamp designs quickly became evident and is reflected in the catalogue values of obsolete commemorative booklets.

Tuvalu won’t be there much longer. As of right now, the sea levels are rising and since the islands lay just above sea level, the people and the government fear that they will be displaced and their homes left underwater within this century. Citizens have asked Australia and New Zealand to provide them with shelter when their country becomes uninhabitable as a result of rising sea levels. 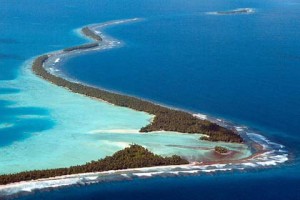 This island nation is meant for rest and relaxation. It is a place you can sail into the sunset towards and snorkel ashore to all of their nine islands. Although this place may not be on everyone’s radar, keep it in mind the next time you’re ready to set sail.

Did you visit Tuvalu?! Send us your pictures at tabitha@cruisingoutpost.com or comment below!