In a sense, we can all identify with Capt. Ron. In another sense, we can take a lesson from him. Remember to relax, drift about, and know that if it is going to happen, it’s going to happen out there! So tear up your map, put just enough gas in your boat, and set sail! Here is a compilation of some of our favorite quotes from Capt. Ron and the crew! Ahoy!

1.) Captain Ron: Alright, that’s more like it, now you’re talking! You can do it, mates! I’ve never seen such sailors. Not in all my born days, I ain’t. Naturals! My God, everyone of you, naturals…
[beat; to himself]
Captain Ron: We’re gonna f***ing die! 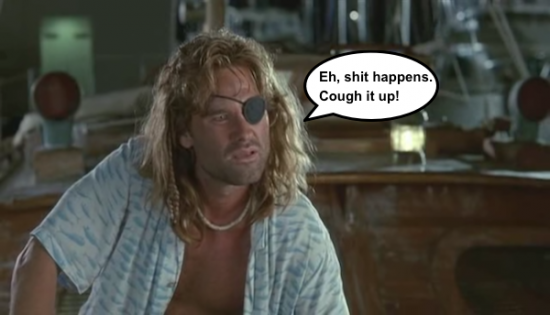 3.) Katherine Harvey: We’ll be spontaneous when we have time. 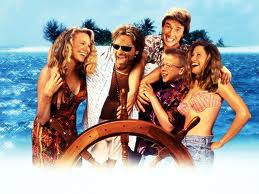 good, you get a better job. Maybe you get promoted from swab to mate.
[Ben nods]
Captain Ron: Alright. Get on it.
Captain Ron: [to Martin] Sort’ve an incentive kind of a deal, huh?
Martin Harvey: Ah. Good.
Captain Ron: Yeah, incentives are important. I learned that in rehab.

6.) Handsome Guerilla: The American girls are very… what’s the word? Superficial.
Caroline Harvey: Yeah. God, I really hate that. Like, I’m into different cultures and different ways of doing things. Like we’re watching “Mr. Ed” on TV the other day, and he’s speaking French, or something. 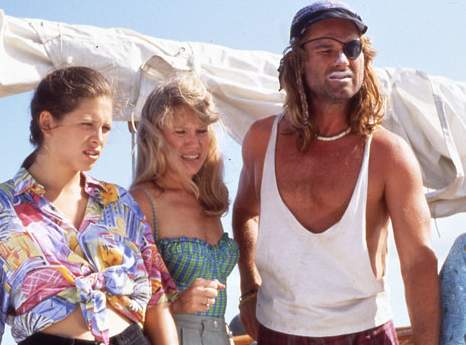 7.) [Lost in a heavy storm]
Captain Ron: The boss is right. We should be okay. ‘Cause I know we’re near land.
Martin Harvey: Great, Cap. Great. Ya hear that? We’re almost there. Explain to the kids how you know that, Captain Ron. Someone translate for General Armando.
Captain Ron: Alright, now stay with me: When we left, we had just enough fuel to make it to San Juan. And now… we are out of fuel!

9.) Martin Harvey: Slow down! There’s boats all over the place.
Captain Ron: Don’t worry. They’ll get out of the way. I learned that driving the Saratoga. 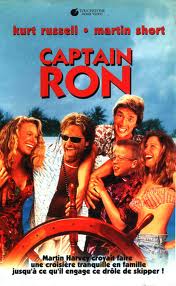 Disclaimer* If you haven’t seen Capt. Ron- Then most of what you just read will make little to no sense. But be assured that if you rent it on apple tv or at your local video store, You will not be disappointed!

Escape To The Sailing Life With Cruising Outposters (24 Pictures)