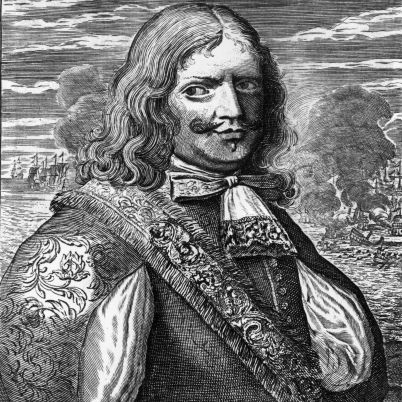 Capt. Henry Morgan a Knight and Lieutenant Governor of Jamaica once captured San Philipe and sent a letter to the president of Panama for ransom. After the President refused, Henry Morgan sent a reply simply because the President addressed him as “Corsair”. Eventually the President, Don Agustin complied and paid ransom…

Sir Henry Morgan (1635-1688) was a Welsh privateer who fought for the English against the Spanish in the Caribbean in the 1660’s and 1670’s. He is remembered as the greatest of the privateers, amassing huge fleets, attacking prominent targets and being the worst enemy of the Spanish since Sir Francis Drake. Morgan’s exact date of birth is unknown, but it was sometime around 1635 in Monmouth County, Wales. He had two uncles who had distinguished themselves in the English military, and Henry decided as a young man to follow in their footsteps.

He was with General Venables and Admiral Penn in 1654 when they captured Jamaica from the Spanish. Privateers were basically legal pirates, and they were sort of like mercenaries who were allowed to attack enemy shipping and ports. In exchange, they kept most of the loot, although they did share some with the crown in certain instances. Morgan was one of many privateers who had a “license” to attack the Spanish, as long as England and Spain were at war (of course he was a privateer!). In 1667, Morgan had been sent to sea to find some Spanish prisoners to confirm rumors of an attack on Jamaica. He eventually found that he had 500 men in several ships. By October of 1668 Morgan was restless and decided to head once again to the Spanish Main. He sent out word that he was organizing another expedition. He went to Isla Vaca and waited while hundreds of corsairs and buccaneers rallied to his side.

On March 9, 1669 he and his men attacked the La Barra fort, the main defense of Lake Maracaibo, and took it easily. They entered the lake and sacked the towns of Maracaibo and Gibraltar, but they lingered too long and some Spanish warships trapped them by blocking off of the narrow entrance to the lake. Morgan cleverly sent a fireship against the Spanish, and of the three Spanish ships, one was sunk, one captured and one abandoned. After that, he tricked the commanders of the fort (which had been re-armed by the Spanish) to turn their guns inland and he sailed past them at night. This was Morgan as a most devious Captain. In 1671, Morgan was ready for one last assault on the Spanish. Again he gathered an army of pirates and they decided on the rich city of Panama. With about 1,000 men, Morgan Panama would be Morgan’s last great raid. By then, he was very rich and influential in Jamaica and had a great deal of land.

He retired from privateering, but the world did not forget him. Spain and England had signed a peace treaty before the Panama raid (whether or not Morgan knew of the treaty before he attacked is a matter of some debate) and Spain was furious

Morgan returned to Jamaica, where he spent his days drinking with his men, running his estates and fondly telling war stories. He helped organize and improve the defenses of Jamaica. He died in 1688. Morgan had lived in an opportune time for privateers.

He was able to successfully use the conflicts between England and her enemies both to support England and to enrich himself and his crews. With his death, the pirates who would follow would also use this same ploy, but with less successful results.

Launch of The Charles W. Morgan