On her 172nd anniversary, the last wooden whaling ship in the world was launched. The Mystic Seaport spent 5 years restoring her and on July 21 put her back in the water following a ceremony with numerous speeches and the breaking of a bottle across her bow. The bottle was filled with seawater from oceans around the world, symbolizing her travels to every major port in the world during the height of her career.

The actual launch was very slow, taking 20 minutes to lower into the water, but was the most entertaining part of the day. Sea  shanties where sung as hundreds of sailboats, powerboats, dinghy’s, kayaks and everything in between  blew whistles, horns and set off cannons! The fire boat sprayed huge plumbs of water in the air, some of them red, white and blue, making up for the lack of a splash from the Morgan. 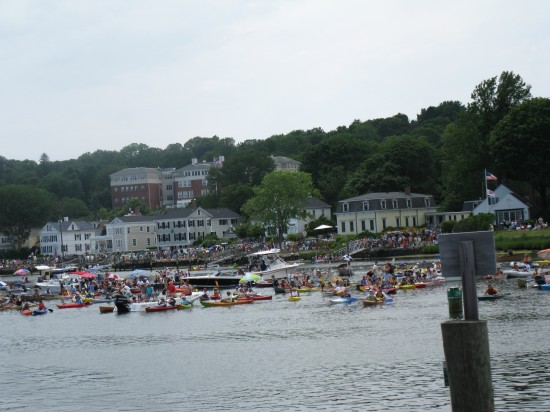 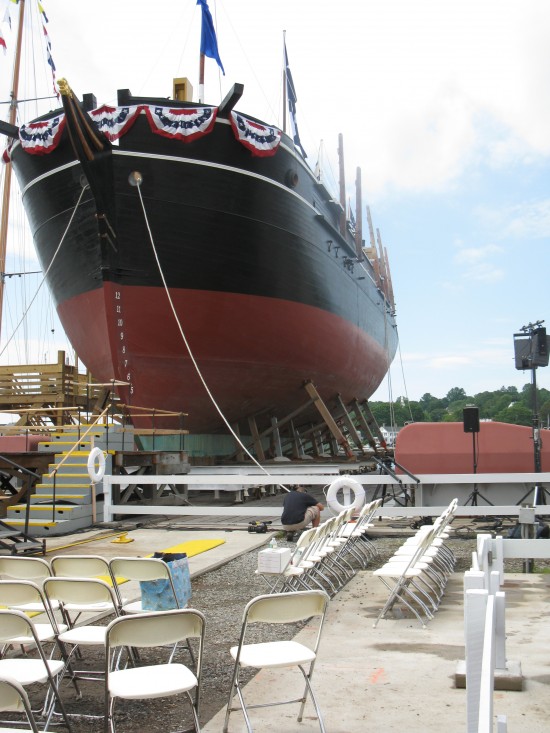 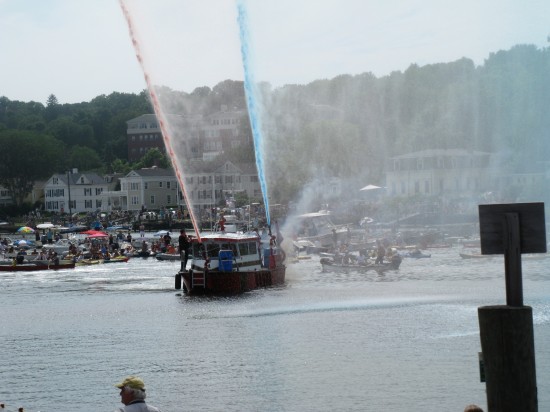 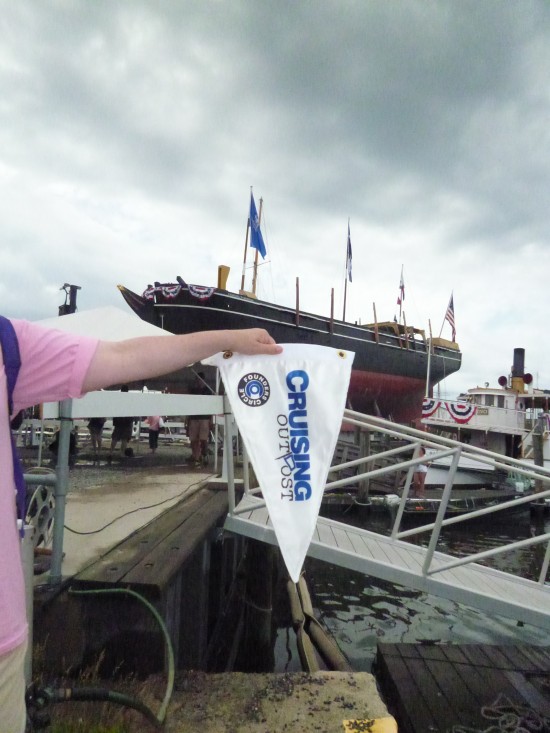 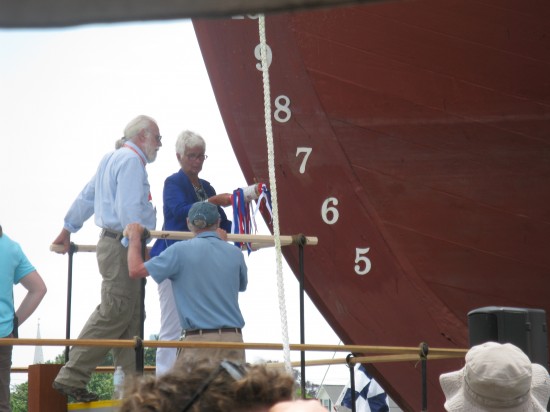