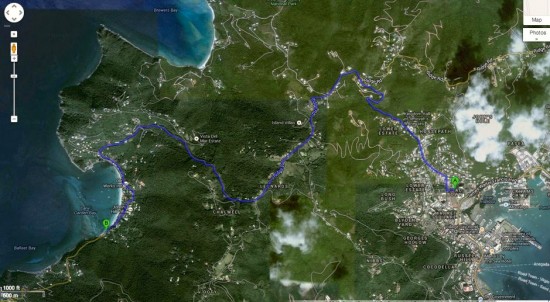 Someone once told me that hiking is really just walking where you can pee, and in most cases – I would have to agree. But in this instance a random hike lead to an adventure of a lifetime.

It was our first day on Tortola in the British Virgin Islands. A place I had never been to. I had just been hired at a new job, and this was my last hurrah before I went into a “no-vacation” zone of life. We had one full day on land before we headed out to sea and we were looking for something to get into. Jody and Tania Aebi had this great idea that we go for a little hike. In my mind I was thinking yes, a little hike will be good for us. A little exercise never did anyone any harm, right? So Myself, Jody, Tania, and our friends Lynn and Kathy started our trek. 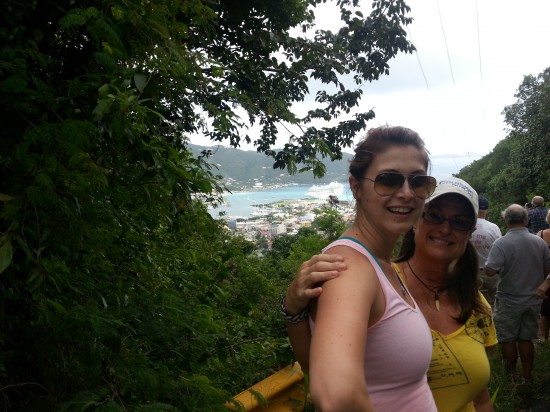 We started with a nice brisk walk through downtown Road Town. We would stop at some shops and say hi to the locals. And then we saw it. We saw a simple looking road through some greenery and we decided to take a walk to the top and back. Well… looks can be deceiving. Little did we know we were on a road from Road Town to Cane Garden Bay. If you know the road, then you can imagine that what started as a simple hike soon turned into a trek from one side of Tortola to the other.

It was actually the most excitement I had had in months. As we climbed the road, we would reach the top to only see that just around the corner was more road. the locals started honking at us and asking if we needed rides. 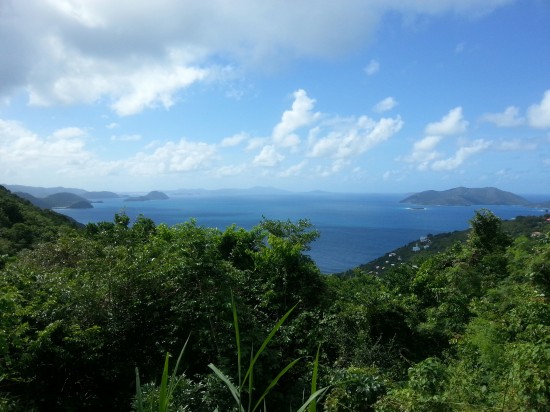 No way! We had it going on.We were not going to stop now! The look on the tourists faces though where priceless. (probably because they knew exactly how much further it was)

Eventually, we hit a point midway at the top. (About two hours in), and we were greeted with a fantastic view and a tiny bar called Rudy’s. Although we all probably could have used a drink at that point, we instead decided to keep going until we hit Cane Garden Bay. 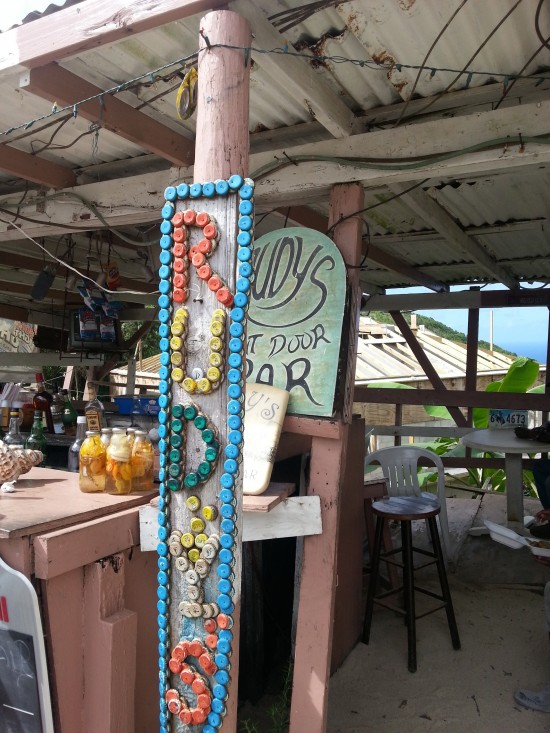 But now we had to head down. We kept telling ourselves that we were almost there and those passing by us several times would laugh and say “You’re almost there!”. We were not almost there. It took another hour or so to walk down to the other side. The walk down was much shorter, but also incredibly steep. Also did I forget to mention that I was in flip-flops? Haha – yeah, like I said, I was thinking about a little hike, not a cross-island journey. 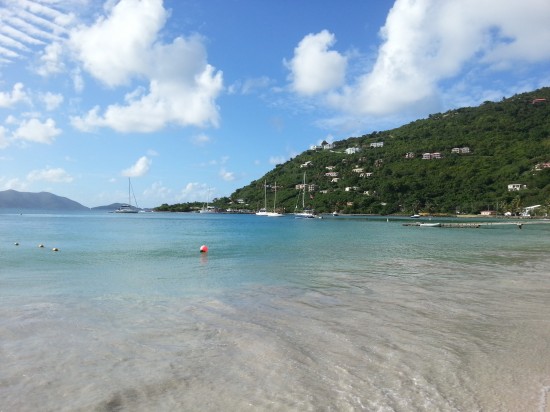 Finally we made it to Cane Garden Bay and we were welcomed to the bay with a fantastic breeze and lunch at a restaurant called the “Big Banana”. It was probably the best lunch I had ever had with the coldest beer I ever drank.

After lunch, it was time to walk back…..