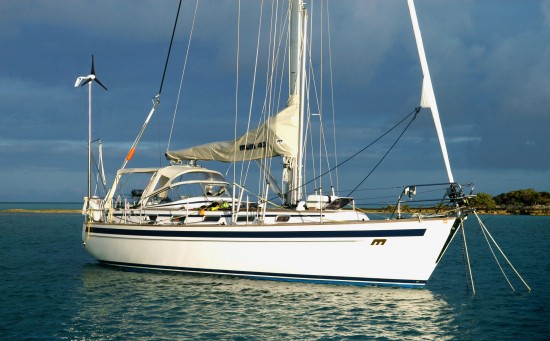 Denver, CO., July 31, 2013 ‐‐ Primus Wind Power is pleased to announce the acquisition of the AIR wind turbine product line from Southwest Windpower. Primus is located outside of Denver, Colorado and will now manufacture and ship the AIR products from its Colorado location. The company is committed to continue the status of AIR as the world’s most reliable and affordable off‐grid, small scale, battery charging wind turbine.

Initially released in 1995, and continually refined over successive generations, the AIR product line is undoubtedly the highest selling off‐grid wind turbine in the world, with more than 150,000 units sold and installed globally. Today’s AIR turbines include the AIR Breeze ‐ used in sailing and off‐grid coastal applications, the AIR 40 ‐ used in off‐grid remote homes, hybrid lighting and recreational vehicles, the AIR 30 ‐ used in industrial applications such as telecomm, railroad, oil and gas, weather monitoring, and SCADA applications which often are located in high wind locations.

The AIR units have been a staple product in off‐grid power applications for almost two decades, and in most instances, as part of a hybrid system including PV. “Solar and wind are a match made in heaven” says Ken Portolese, the former Director of North American Sales at Southwest Windpower and current Vice President of Global Sales at Primus Wind Power. “Solar pricing has become more competitive in recent years, which has helped propel the off‐grid market, but the position for wind as a part of these systems remains undeniable. Solar energy is weakest during the winter months and periods of inclement weather. Conversely, wind velocity is strongest during those same winter months. This fact, coupled with increased air density as the thermometer drops, means maximum amp hours during November, December, and January. More importantly, wind does one thing that solar cannot do….that is provide nighttime power, allowing reductions in battery bank size and also reduced depth of discharge within the battery bank.”

The AIR product line received another round of upgrades in 2011 with improved componentry and upgraded programming. The company was so confident in its testing results, the warranty was extended from 3 years to 5 years. With integrated controls inside the turbine head, the product is wired independent of the solar components within the same system. Portolese continued to say….”integrated controls means no down tower controller, a big plus for off grid applications with limited space such as sail boats.”

Primus is optimistic that the off‐grid community will welcome the change in management and customer service. Primus is a privately held, customer focused organization. The company’s management has made the commitment to provide best in class service to its distributors, dealers, and end‐users.

About Primus Metals, Inc. – Parent Company to Primus Wind Power, Inc. Primus Metals is a leading provider of high precision, high-complexity assemblies and components for the energy, aerospace, defense and medical industries. Established in 1989, Primus serves customers in North America, Europe and Asia with diversified products, assembly services and engineering services. Customers include industry leaders such as Lockheed Martin, Parker Hannifin, United Technology Corporation, NASA and the U.S. Dept. of Defense. Serving major OEM’s and distributors across the globe, Primus is an organically grown and technology oriented business, continually adding new value to the products and services deemed most important to its customer base. The establishment of Primus Wind Power is an extension of these same values and business practices.

Tide App Provides Info Even When Out of Wireless Range

Small Boats Stuck At Sea During Covid-19: Trapped In Paradise