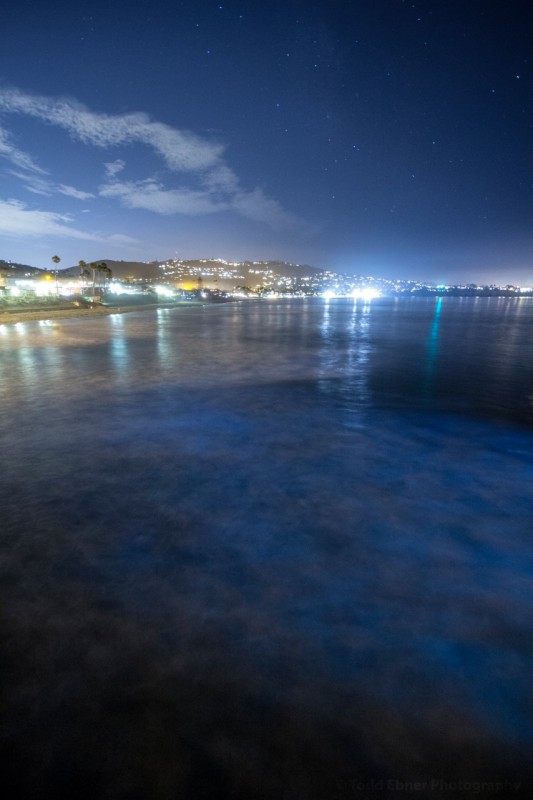 It was a rather musty, dark night in San Diego. The air was heavy with mist from the sea as we approached the dock. As I looked up, I realized that this monster of a dock would ultimately be what I jump from into the black seas. I tried to hide my fear behind the smiles of meeting new friends who would take the plunge with me. Tonight was the perfect night to jump. Tonight there would be bioluminescence.

This particular pier (which will not be named in fear of repercussions for those who let me on) is a private pier in San Diego. It stretches far from the city lights and reaches out near the drop off of the sea floor. We soon opened the gate and started our march. The walkway seemed never ending. I knew once I reached the end, a 30 foot drop loomed near the churning abyss.

Finally, I made it to the end. I was a part of a group of 10 and what we saw at the end of the pier was breathtaking. The bioluminescence caused all manner of sea creatures to light up in the water. The outlines were so obvious that I knew exactly what was swimming around and how deep they were. It looked as if each fish had swallowed a glow stick and  started their nightly routine.

The first daredevil walked to the edge and started to undress (not to worry, he was just stripping down into his swimsuit). Everyone but myself seemed ready to go. They were ready to jump and all I could do was think “ummm… that’s a little high”. The leader jumped and within seconds, the ocean lit up like lightning in a stormy sky. It was unlike anything I had ever seen. The splash turned into a luminous blue plume, and the silhouettes of  fish scattered away in a firework pattern.

Eventually one after another of our group jumped. They made it looks so easy- everyone was doing it. All I could do was look down from 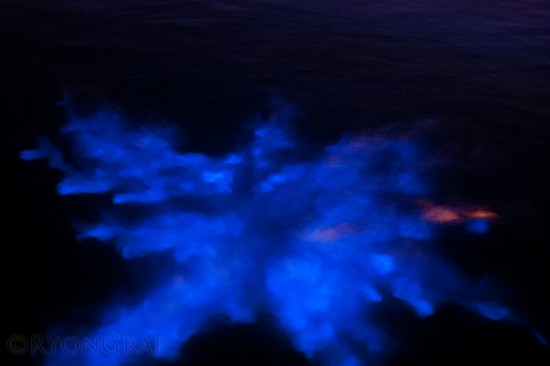 the 30 foot point and think “Oh shit, This is a once and a lifetime opportunity- just jump!”

40 minutes passed and I was still gazing down. I was partially entranced by the beauty of this natural phenomenon, but also- Now I needed to jump. My new friends would yell up “Jump, it will be over in a few seconds”-and all I could do was stare. I was terrified. Now, let it be known that I am a self proclaimed adventurer by nature, but for some reason this drop intimidated me. With a deep breath and a private prayer, I decided to just jump. An onlooker taking pictures grabbed a shot of me and then said, “Jump. I’ll capture it and you can keep it as a memory.” 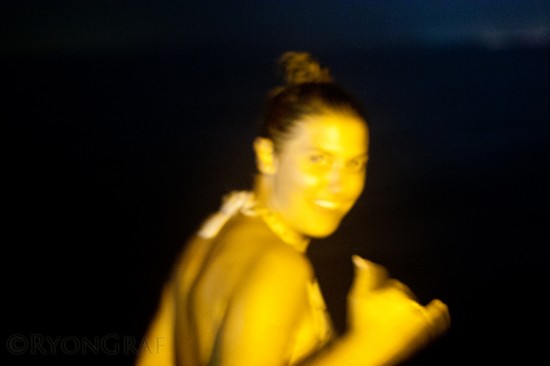 I counted to three and leaped from the pier. The fall was a curious mix of time being slowed down and blindness in the pitch black darkness. I just know that within a few second I hit the water- butt first. That’s right, butt first. Haha. No preschool spanking even comes close to this pain. Oh man, What was I thinking?! I was so distracted from the idea of jumping, I didn’t do it properly!- I fell three stories butt first and bruised my tailbone. Great. All I wanted was to be apart of this magnificent swim, but every kick reminds me of my newly busted booty. I was soon surrounded by the glow of the bioluminescence. Even though I was in total pain, I took 20 minutes to swim in the darkness surrounded by a natural beauty that could not be replicated.

After I got out of the water, all I could think about was the swim. Yes, I was in pain, but it was minor compared to what I just experienced. I overcame fear and did something very few can claim. I jumped off a private pier in nothing but a bikini into the deep dark blue seas that were around 60 degrees into glowing bioluminescence and lived to tell the tale. That’s my story. It happened just two days ago. My tailbone still hurts- but totally worth being able to write this article. I hope I have another chance, but maybe next time I will think twice and fall feet first. 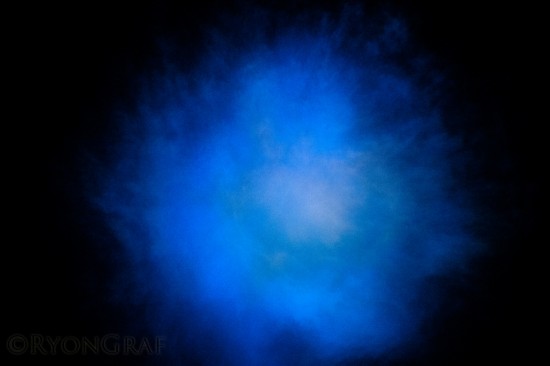 All pictures were taken from Ryon Graf of San Diego.

Sailors invited to take part in an extraordinary Gathering Cruise around...