October is finally upon us and Halloween is just around the corner (So is Thanksgiving and Christmas/ Hanukkah/ Kwanzaa for that matter). Since many fellow Outposters are near and far, we wanted to share with you different ways that people celebrate around the world and at sea.

Today’s Halloween customs are thought to have been influenced by folk customs and beliefs from the Celtic-speaking countries, some of which have pagan roots, and others which may be rooted in Celtic Christianity. Also known as All Hallows’ Eve, Halloween is a yearly celebration observed in a number of countries on October 31, the time in the year dedicated to remembering the dead, including saints (hallows), martyrs, and all the faithful departed believers. The North American almanacs of the late 18th and early 19th century give no indication that Halloween was celebrated in the US until the mass Irish and Scottish immigration during the 19th century. OR it is also believed that it was all was started by the candy companies to sell candy….

Here is how Halloween is celebrated around the world:

In Germany, the people put away their knives on Halloween night. The reason for this is because they do not want to risk 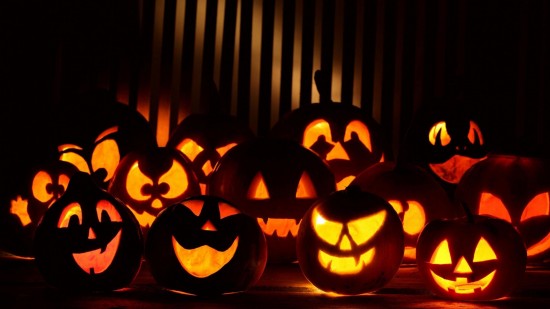 harm from the returning spirits.

In Canada, Jack O’Lanterns are carved and the festivities include parties, trick-or-treating and the decorating of homes with pumpkins and corn stalks (Celebrated the same way it is celebrated in the US)

In Korea, a festival similar to Halloween is known as “Chusok.” It is at this time that families thank their ancestors by visiting their tombs and making offerings of rice and fruits. The “Chusok” festival takes place in the month of August, not October (something to remember when your in Korea next year) 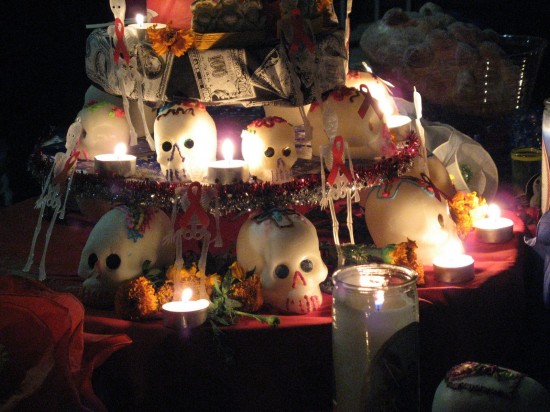 In Hong Kong, Halloween is known as “Yue Lan” (Festival of the Hungry Ghosts) and it is believed to be the time that spirits roam the world for twenty-four hours. Some people burn pictures of fruit or money at this time, believing these images would reach the spirit world and bring comfort to the ghosts. Fires are lit and food and gifts are offered to potentially angry ghosts who might be looking for revenge of some kind.

In Belgium, it is believe that it is unlucky for a black cat to cross one’s path and also unlucky if it should enter a home or travel on a ship. The custom in Belgium on Halloween night is to light candles in memory of dead relatives.

In China, the Halloween festival is known as “Teng Chieh”. Food and water are placed in front of photographs of family members who have departed while bonfires and lanterns are lit in order to light the paths of the spirits as they travel the earth on Halloween night.

In Czechoslovakia, chairs are placed by the fireside on Halloween night. There is one chair for each living family member and one for each family member’s spirit.

In England, Guy Fawks Night is celebrated instead on November 5. Bonfires are lit throughout England. Effigies are burned 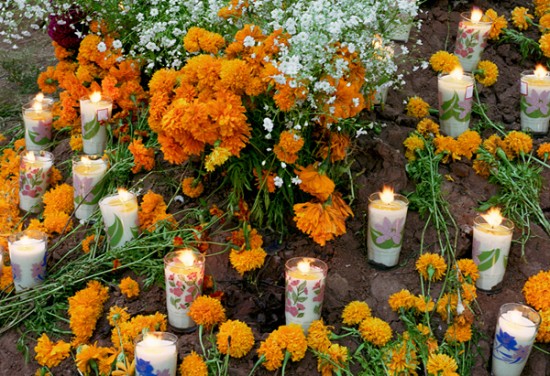 and fireworks are set off. Although it falls around the same time and has some similar traditions, this celebration has little to do with Halloween or the ancient Celtic rituals. The English, for the most part, stopped celebrating Halloween as Martin Luther’s Protestant Reformation began to spread. It was on Halloween in 1517 that Martin Luther began to try to reform the Catholic Church. It ended in the formation of the Protestant Church, which didn’t believe in saints. So they had no reason to celebrate the eve of All Saints’ Day. However, a new autumn ritual did emerge. Guy Fawkes Day festivities were designed to commemorate the execution of a notorious English traitor, Guy Fawkes.

In France , la fête d’Halloween is usually celebrated by costumed people of all ages going to parties at friends’ homes, restaurants, bars, or clubs. The costumes themselves tend to be traditionally “scary” – mummies, ghosts, goblins, witches, and vampires – rather than the cute costumes like princesses, superheroes, and the cartoon character of the day which are popular in the US. 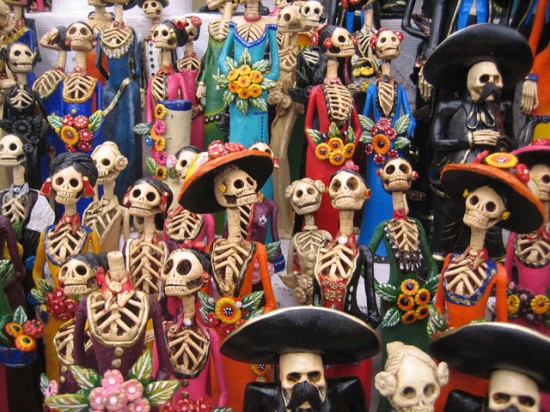 In Mexico and many other Central and South American nations, Halloween is known as “El Dia de los Muertos.” the days of the dead, which is a three-day celebration that begins on the evening of October 31 and ends on November 2. It was originally intended to celebrate children and the dead in Mexico, and has since then grown. The holiday was created to honor the dead who are believed to return to their homes on Halloween, many families construct an altar in their home and decorate it with candy, flowers, photographs, fresh water and samples of the deceased’s favorite foods and drinks.

In Sweden, Halloween is known as “Alla Helgons Dag” and is celebrated from October 31 until November 6. As with many other holidays, “Alla Helgons Dag” has an eve which is either celebrated or becomes a shortened working day. The Friday prior to All Saint’s Day is a short day for universities while school-age children are given a day of vacation.

The Ocean Cruising Club Announces Recipients of The 2012 OCC Awards

Come Sailing With Us (56 Pictures)