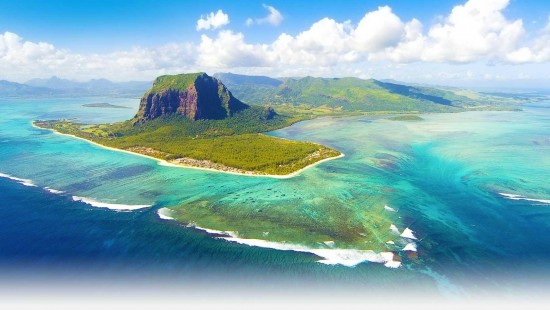 Officially known as the the Island of Mauritius (Recently, many people have been referring to it as the island with a waterfall under the sea) is a nation in the Indian Ocean about 1,200 mi off the southeast coast of Africa. The island is part of the Republic of Mauritius which includes the islands of Rodrigues, Agaléga and Saint Brandon.

Back in 1507, Portuguese explorers found no indigenous people living on the island. The Dutch settled on the island in 1598 and abandoned it in 1710. Five years later, the island became a French colony and was renamed the “Isle de France”. Eventually, the French developed extensive sugar plantations on the island, and the Mauritian Creole language came into existence during their rule. The British took control of Mauritius in 1810 during the Napoleonic Wars. And finally, the country remained under British rule until it became an independent country on March 12, 1968 and a republic on March 12, 1992.
The country is very diverse in it’s population with people from all over the world. Most people are of Indian, African, French, or 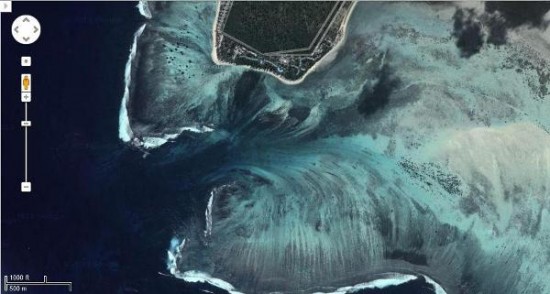 Chinese descent. Most Mauritians are also multilingual speaking; English, French, Creole and Chinese. With a population of more than a million, the diversity is continuing to grow at a rate of 3 percent a year. Mauritius is a highly ranked democracy when it comes to economics and political freedom, and the 180th biggest country in the world.

What you should do while you’re visiting there varies on your taste! The island of Mauritius is a perfect place to sail into and enjoy  all the amenities on the island. Unlike other islands we have featured in the past, Mauritius is considered a “luxury tourism destination” with hotels, casinos, golf courses, and shopping galore. In fact, Mauritius received the “World Leading Island Destination Award” for its third time and “World’s Best Beach” at the World Travel Awards in January 2012. Mauritius is also considered for having one of the highest rates of returning visitors in the world.

Flights come in and leave daily and there are several different marinas to dock your boat, but the real reason to visit to see all the islands natural beauty. The Black Gordes National Park protects most of the island’s remaining rainforest (although much of this has been degraded by introduced plants such as Chinese guava and animals such as rusa deer and wild pigs). Several areas have been fenced off and invasive species have been eradicated from them to preserve native wildlife. Many endemic plants and animals still occur in the park including the Mauritian flying fox and all of the island’s endemic birds: Mauritius kestrel, pink pigeon, Mauritius parakeet, Mauritius cuckoo-shrike, Mauritius bulbul, Mauritius olive white-eye, Mauritius grey white-eye and Mauritius fody.

Before the Portuguese landed in 1507, there were no terrestrial mammals on the island. The country was home to some of the world’s rarest plants and animals. Due to the island’s volcanic origin, age, isolation and its unique terrain, Mauritius was home to a diversity of flora and fauna not usually found in such a small area. This allowed the evolution of a number of flightless birds and large reptile species. The 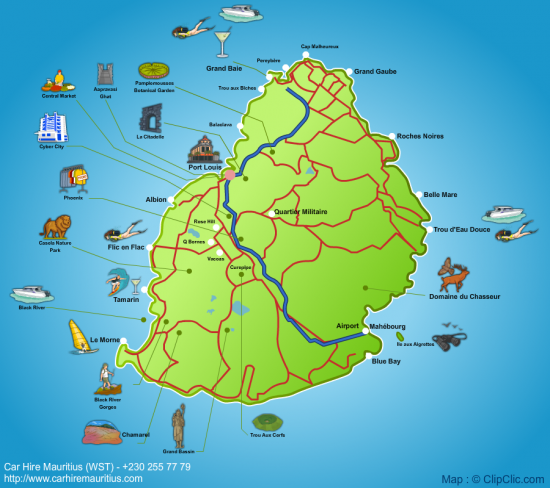 island of Mauritius was also the only home of the Dodo bird, which became extinct fewer than eighty years after its discovery. The arrival of man saw the introduction of invasive alien species and the rapid destruction of habitat and the loss of much of the endemic flora and fauna. Less than 2% of the native forest that once stretched from the mountain tops of the central plateau to the shore now remains, concentrated in the Black River Gorges National Park in the south west, the Bamboo Mountain Range in the south east and the Moka-Port Louis Ranges in the north west.

Have you been to the island or Mauritius? We would love to see your pictures and feature them in our next picture blast! (Also, we are very jealous and wish we could have gone with you!) Submit your pictures at photos@cruisingoutpost.com