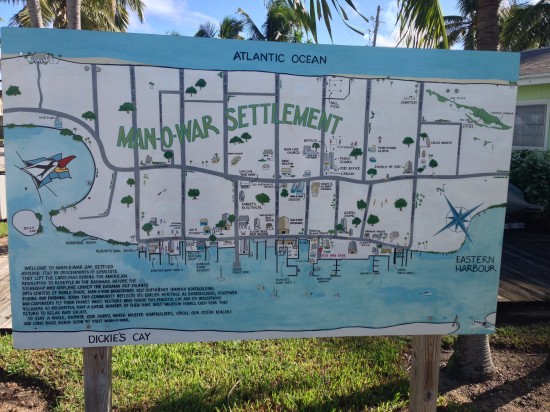 Man-O-War Cay was a place like no other. It had it’s own unique charm that somewhat resembled what I imagine the south was like 70 years ago.

Man-O-War was our second to last stop on the last leg of our journey. Known for the fact it was an island that did not sell booze, quite frankly I wasn’t sure what to expect. But we had enough booze on the boat to keep me satisfied for the night. Our boat had a 5.5 keel and we had to come in during high tide (which put us in about 6 feet of water). I was pretty sure we would hit bottom, but alas we made it in with just enough time to go ashore before the sunset.

The settlement of Man-O-War Cay was a by product of the American Revolution. This small island’s culture comes from the “Americans” unwilling to fight in the war and therefore found a nice peaceful spit of land they could live out their days while the farmers with pitchforks took on the Brits.

The most inspiring part of Man-O-War was the beauty of the land. Although the place seemed like another country. The land 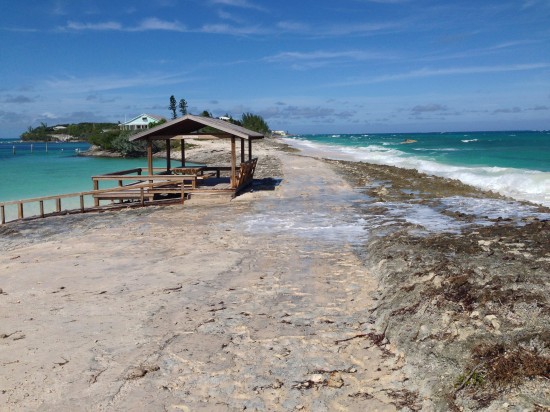 was simple, well kept, and beautiful. While many people on our Adventure Voyaging trip decided to shop. I decided to take a little walk to the end of the island (a 45 minute trek). What I saw there is still one of the most amazing sights I have ever beheld. It was a small spit of land where the Atlantic Ocean meets the Sea of Abaco.

A storm was brewing in the atlantic and the sea was full of rage. However, the sea of Abaco was calm, peaceful and still. It was a breathtaking sight and a perfect place to cool off amidst the sweltering heat and sun.

Before heading back it was of course time to shop. I had to visit the Norman Albury Sailmakers. If you’re unfamiliar with the sailmakers or haven’t heard the story here it is: Back in the day a woman on the island used to make purses and household items out of the old sail cloth her husband didn’t use for sails on his boats. It has since grown into a much bigger operation where 3-4 woman, mostly relatives, make beautiful handbags, luggage, and anything you would need to carry your stuff in. It’s one of those things that you can get other places- but it really means a lot more if you get it at the source- which myself and most other people indulged in. 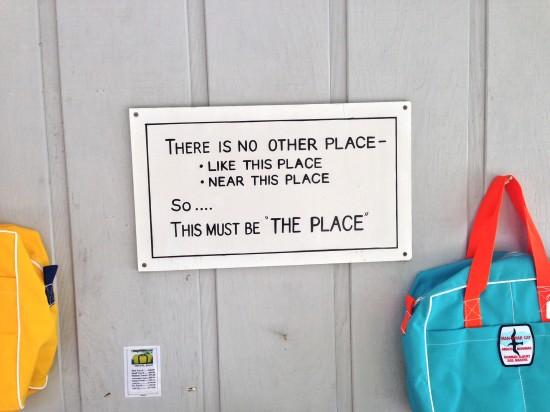 It was a bittersweet place to leave. It was beautiful, had many treasures, and has stayed in my mind since I visited. The day we left was also the only good sailing day we had all week. We were able to put up our sails and travel around for hours in the sunshine and light breeze until we arrived at Baker’s Bay.

Next week I’ll recount the whole trip including a fun cookout, an old lighthouse, and a beach named after one of the most beautiful places in the world: Tahiti.

Fishing From A Sailboat