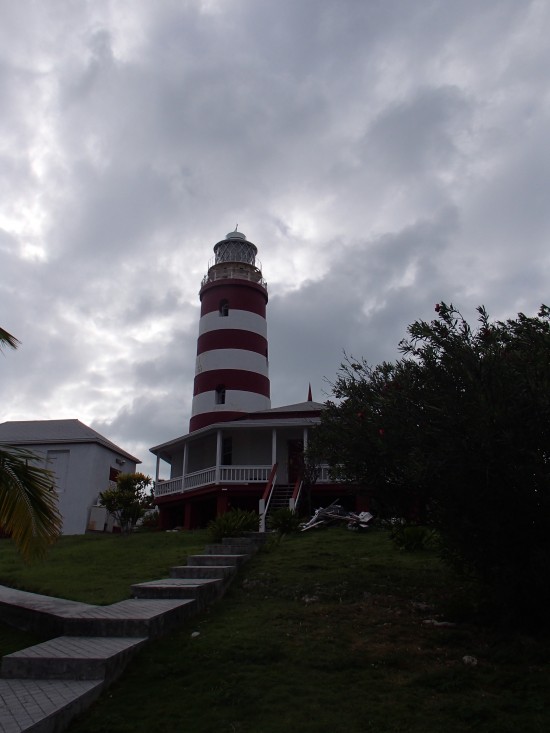 It was a destination that rivaled all others. Hope Town, Abaco was not only the picturesque bahamian spot to pick up a mooring ball, but it was a place worth spending two nights of a short week-long trip.

Again, we had our scares when it came to getting into port. This time, it wasn’t just our keel- but it was rather the narrowness of the entrance. It couldn’t have been more than just enough for a catamaran to squeeze through- and even then I would think skippers were breaking a sweat.

The most notable part of the stay is of course a beautiful lighthouse that towers over the Abacos. The lighthouse features one of the last operational kerosene-fueled lights in the world and was built in 1862. The beauty of something so old and simple is hard to 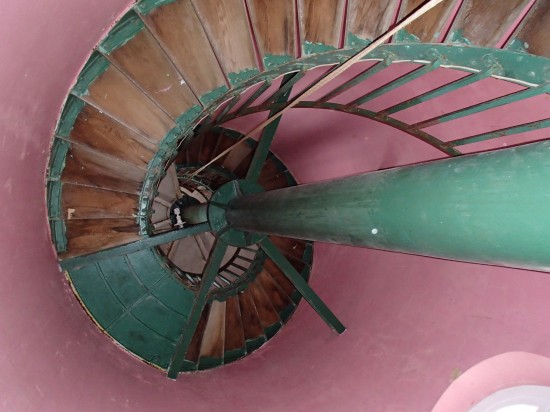 capture in words, but I’ll try (The pictures don’t even do it justice). It takes about 200 steps to get you to the top where you can overlook many of the Abaco Islands. Since the islands are relatively flat- it’s pretty easy to see upwards of several miles.

Going into Hope Town in the off season had its perks too. While walking around discovering the land we happened upon a ice cream shop/ bar- right on a secluded beach. This was paradise. Although the weather was still rainy and windy- it was breath taking. Dark blues faded top turquoise, which faded to white waves crashing upon the beach. We had our ice cream and our rum- but it was getting late and the promise of another day in Hope Town had us pumped for the next morning. 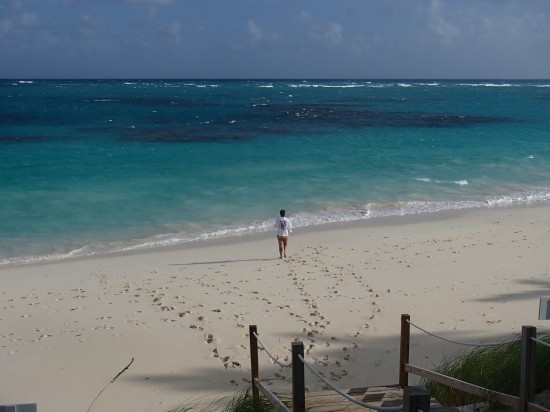 The next morning was beautiful. The sun was out, the wind had calmed, and we were reach to continue our exploration. Again, many of the ladies on the trip wanted to go for a long walk. We were told of a beautiful pristine beach at the end of the island. Tahiti beach they called it. “It’s a long walk, but it’s not that bad” They said. Oh but in reality it was far… and my friend Hilary and I were wearing the wrong shoes…

Eventually after walking for about two hours we came to a cafe to stop and have a drink- and guess who was there?! Grandpa (AKA Bob Bitchin) and Dorthy had taken a golf cart right past us and we had not even noticed. It was time to stop, have a drink and contemplate walking to Tahiti Beach.

Luckily Ms. Dorthy and Grandpa were kind enough to let us borrow the golf cart and check out Tahiti Beach. 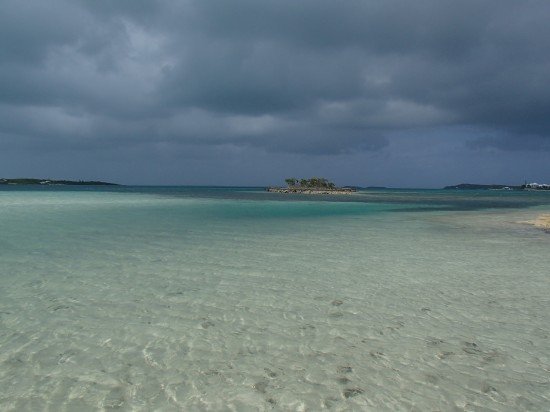 I was exactly as you imagine. Sandy white beaches in shallow waters. Crystal clear… warm… waveless. That’s what I remember. Just walking 100 feet out and still only ankles deep in water.

That was what most of the trip was like. Beautiful scenery, special moments and peace and tranquillity and adventure. I wish the adventure didn’t have to end- but then I remember I’m having my own adventure now- one that will last a lifetime. And you can bet I’ll be writing about all of it.