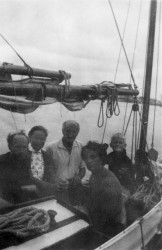 Over six decades have passed since I started sailing with my father, so it’s not all that surprising, how many things have changed. ‘Patience’ the old 1906 wooden 30ft. yawl that he kept on a mooring at Burnham-on-Crouch was looked after carefully by Tucker Brown’s.

They’d looked after the boat for years, well before he owned her, so as far as they were concerned she needed to be continued to be ‘kept right’! She was built in Falmouth; Pitch Pine on Grown Oak plus Canadian Rock Elm frames and coppered to the waterline.

Dad was allowed to do an annual refit (although I’m sure they kept a weather eye on this!). But, if ‘Patience’ needed any structural damage repaired, they expected to do the work to make sure it was done properly. They knew my father didn’t possess much money at that time, so prices were always fairly flexible. 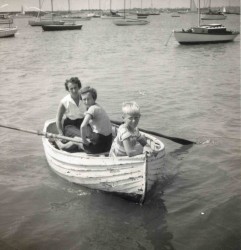 Most good boatyards imposed the same standards around then. They even delivered the boat back from Harwich when the A-bracket failed on the prop shaft and she started leaking. Forcing Dad to leave her there one week-end and get his family home. As Bob Cole said at the time “I certainly don’t trust those buggers up in ‘Arwich to do a proper job on her, we’ll bring her back”!

Other services were offered; ‘Patience’ would be refuelled and re-watered if Dad asked, during the week. Saving him more time for his week-end sailing. Chum the old boatman did all this work, and would also drop off or pick up people from their boats at the week-ends. All part of the service offered by the yard. Woe betides you if you’d managed upset Chum, and then wanted picking up from your boat, at the end of the day (signalled by blowing on the foghorn). He’d suddenly develop a deaf ear and could turn a blind eye better than Nelson! 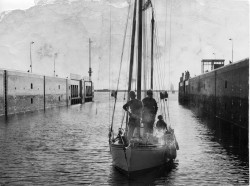 Some folks figured that by tipping Chum heavily, they’d receive preferential treatment. Unfortunately not realising this just didn’t work. Easily into his late seventies by then and having been round the Horn on square riggers; when he wasn’t working on the river. Chum always decided for himself. My father always gave him a few cigarettes, which he tucked under his flat cap whilst continuing with his roll up, remarking ‘thanks very much Doctor Simpson I’ll smoke ’em later’.

Contrasting those days to the present time just isn’t fair. Given, how much the modern production GRP yacht and our more affluent society, has allowed many more sailing opportunities for us all. But it makes me ponder whether any of us really own our boat. If we love it because it gives us joy whatever material it’s made of…then if it’s ‘kept right’; then that’s is all it needs. Then the next owner will benefit from your TLC… 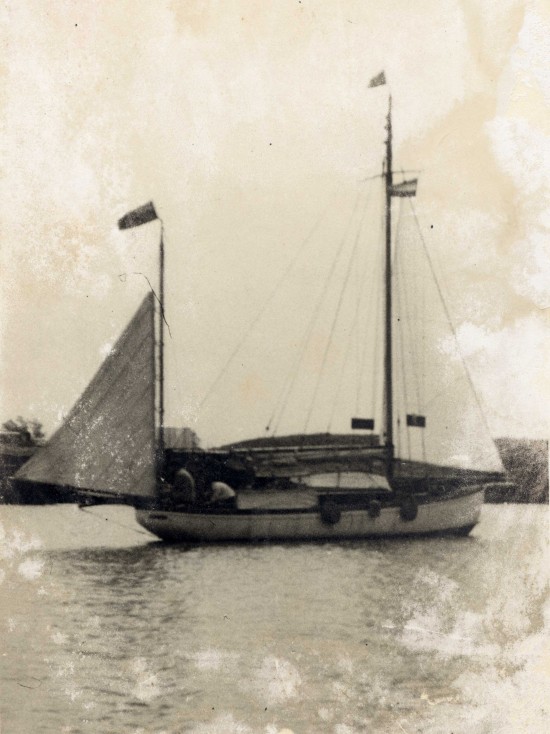 Podcast – No matter where you go there you are