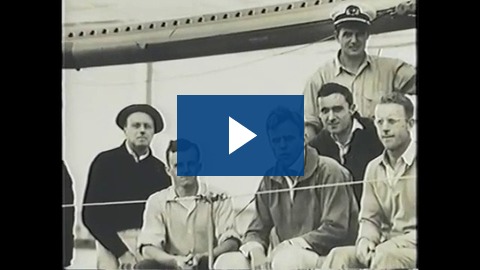 This rare documentary originally aired as part of the “Sea Tales” series on A&E. It tells a little-known story about a band of young yachtsmen and fishermen who were recruited during World War II to help protect the United States’ East coast from Hitler’s deadly fleet of Nazi U-Boats.

The sailors were sent out to find and confront the U-Boats equipped only with antique machine guns mounted on wooden recreational sailboats that were put into service so quickly the grey paint was still wet when they left the docks.