BoatUS Urges Boaters to be Heard

Would be Highest State-Imposed Charges on Boats in the US 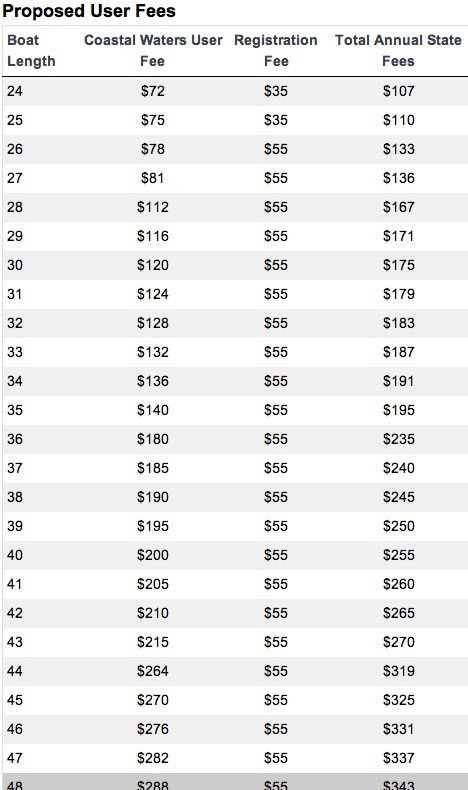 THE ISSUE:  As part of the current North Carolina budget debate, the state General Assembly is currently considering legislation that would impose a significant new user fee on all recreational boats 24 feet and longer that are used in coastal waters. For example, the costs proposed for the new North Carolina “Coastal Waterways User Identification Fee” for a 25-foot boat would be $75, $128 for a 32-foot boat, and $200 for a 40-footer. This fee would also apply to any out-of-state vessel fishing in NC coastal waters. Combined with registration fees, the proposed Coastal Boat Fee would be the highest state-imposed charges on recreational boats nationwide.

The proposed fee would be in addition to current state registration fees, which were most recently increased in 2013 to fund dredging and lake weed control. To see a complete list of fees, go to: BoatUS.com/gov/ncfeechart.

ACTION NEEDED NOW:  Boat Owners Association of The United States (BoatUS) urges North Carolina boaters, anglers, and sailors to speak out now and contact their State Senator and Representative today and respectfully urge them to vote “No” on the “Coastal Waterways User Identification Number” and associated user fee contained in the North Carolina Senate version of House Bill 97.

While the intended use of this fee is to increase funding for dredging of waterways and inlets, this budget proposal places too great a financial burden on recreational boaters. Ask your State Senator and Representative to consider other means to pay for dredging North Carolina’s coastal inlets and essential waterways. Access to the waterways brings substantial economic benefits to coastal communities. Maintaining them must be a shared responsibility.

The budget bill is now before the North Carolina General Assembly and will be voted on in the next few days. Boaters may easily contact their state legislator by going to: http://goo.gl/zWMTpx