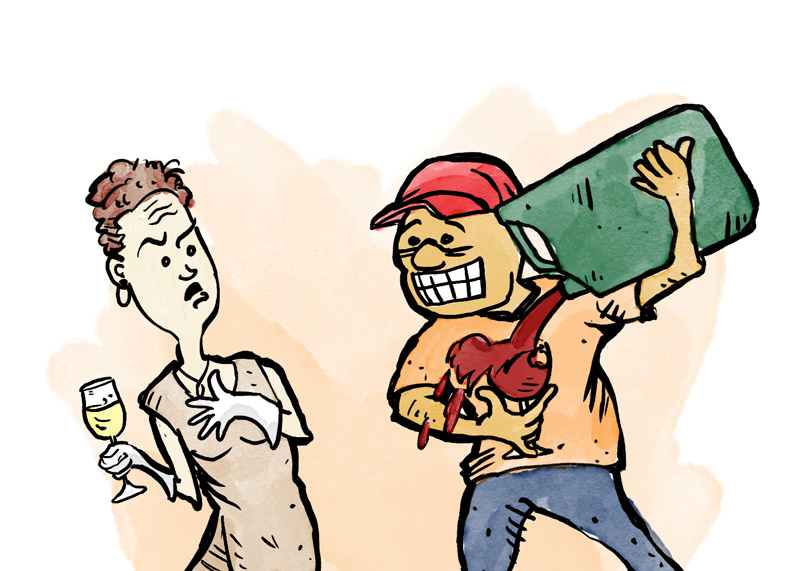 It was a fantastic greeting in Durban for us by our Bretagne mate Jean-Pierre; after completing an interesting twenty-one days voyage. Unfortunately we‘d been towed the last few yards by the harbourmaster’s launch. The engine had given up the ghost during our last week at sea.

We’d meet J-P in Mauritius a couple of months before when he’d been a completely heartbroken man. He and his mate had set sail from Brittany in a 25ft wooden Vertue. Whilst re-fitting in Port Louis they’d both fallen in love with Captain Betuall’s young and beautiful daughter. This retired Sea Captain ran the ships dry-dock in the port but he was also a keen yachtsman. Allowing visiting yachts to slip behind a ship for practically nothing!

Good French logic had solved these two friends lovesick dilemma. The lady picked her man and the loser (J-P!) carried on sailing the Vertue. Hopefully completing a circumnavigation…

Before we’d totally finished all the South Africa formalities (HM, Harbour Police, Immigration and Customs), after our ketch was alongside M. Labatt plonked down two of our five gallon jerry cans, he’d borrowed. They were full of wine (one of red wine and one of white!). I could see we were already in trouble. Then he began telling us of his own fantastic voyage from Mauritius two months before…

After leaving Port Louis he’d naturally decided to visit Reunion Island (Department of France) just a couple of hundred miles away. Having spent a pleasant break there but realising that the Cyclone risk was growing he left. Only to be stopped by the Captain of a French Warship shortly afterwards in International waters because he wasn’t flying the French Tri-colour. For him it always completely right to use the Breton flag as his ensign!

There was apparently a near mutiny on this Destroyer. Most of the crew were from Brittany too. A compromise was reached between captain, crew and Jean-Pierre which finished with his boat being lifted onto the ship. He became a guest of the Captain whilst they finished their working up exercises!

Then they dropped his yacht and him back into the water roughly a thousand miles closer to Durban. Loading him up with fresh food and wine. (Apparently at that time French Warships had tanks of red and white wine aboard!).

It had taken him another couple more weeks at sea before he made into Durban. But he’d filled everything up on the boat with wine and had run out of drinking water. Having to use his Pressure Cooker to distil fresh water from salt!

Unfortunately by the time J-P had finished his tale our boat was full of other yachties. We were all quite merry. I was below cooking up onions sandwiches (not much fresh food left) when the Afrikaans’s Immigration decided to board us! Harry the Dutch crew I’d picked up in Mauritius who was travelling to the Carnival in Rio. Certainly didn’t help our cause when he yelled out to me in English “They seem to speak a very old fashioned Dutch rather like children”. The first month of our visit in Durban we had to report weekly to the Durban Port Captain we weren’t allowed out of the dock area!

N.B. Imperial Gallons are eight pints as opposed to a US gallon of six. It was a good amount of wine!