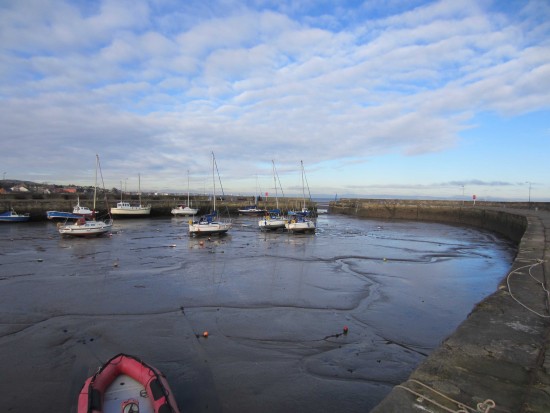 Twin-keeled yachts are great especially if you live in a place which has only shallow harbours. They sit comfortably on the ground at low water which means you can go sailing and cruise once the tide comes in…

As a pro. sailor I’m rather spoilt, if your job is about something you enjoy doing, and then I’m sure you know what I’m talking about! Over a lifetime of sailing a large variety of boats, certain types apart from the boats that I’ve owned, stand out as being interesting and notable. Of the twin keel types, four immediately spring to mind, which I’d like to talk about in this article. They are the Vivacity 21, two Westerly’s Centaur 26, and Berwick 31, and the Hunter 27.

N.B. These are all British designed & built. I’m absolutely sure in the States you have many brilliant Twin- Keeled yachts; in fact I’m sure many more. But I just haven’t sailed any of them yet!

This boat sticks in my mind, even though it was forty years ago, when I sailed on one. Growing up with sailing boats as I did, at Leigh-on-sea in Essex, on the north shore of the Thames Estuary it was probably inevitable that I sailed a twin keelboat very early on. But my father kept all his boats on the River Crouch not at Leigh, because what he owned while I was growing up, were all deep keel types! Leigh dries out with about a mile of flat mud at low water. I started dinghy sailing at Leigh however, graduating to racing GP 14’s with my friends, the Oswald twins.

The twin’s father had just bought a brand new GRP twin keel Vivacity 21, which was built by Russell Marine very close down the road from us, at Southend. That Easter, we were seventeen and on holiday from school, lucky enough to be able to borrow their father’s new boat, to go across the Thames. We had already done the trip at Easter twice before in our dinghies with some difficulty, so perhaps he thought we’d be less likely to drown if we used his boat! The sail south across the Thames to Yantlet Creek and the village of Allhallows went well, I remember with cold blustery south-westerly wind about F4-5 with occasional hail showers. Richard Oswald decided to bring his GP14, so we raced the two boats across the four-mile gap, John and I being rather surprised to arrive first, in the Vivacity. Especially, as we had been close hauled on one long starboard tack all the way, who said twin keel yachts don’t go well to windward! The thing that most impressed the four of us, was how comfortable and warm it was sleeping on the Vivacity, rather than camping. Cooking was so much less of a hassle too. This feeling of well-being enabled us to extend our trip to three days, even though it was still quite cold at Easter, on the East Coast! It goes without saying, just how easily the boat dried out in the creek, at low water. At first I’d found the reverse sheer on the long coach roof slightly strange being used to older shaped yachts, but John and I were both quietly impressed with the little cruising boat. Arriving back at Leigh in much better condition, than from the two previous Easter trips. Small twin keel yachts certainly had quite a lot to offer it seemed to us even though racing dinghies was like a religion at that time!

I was asked to teach on a Centaur in the Solent far more recently. Westerly produced more Centaur’s than any other GRP cruising yacht in Briton (2,444), so being asked to teach some on one, is perhaps not so surprising. During the week whilst sailing the boat, we tackled a stiff F5-6 wind against tide beat, from Cowes to Lymington. Where the boat really showed me with how well she went, but it is difficult to imagine Jack Giles designing a bad boat! Compared with lighter modern designed yachts, the Centaur undoubtedly doesn’t perform as well in light airs, but neither do any of the boats designed in that era. The massive GRP layup, which was then the norm, means that buying a boat thirty or more years old doesn’t present any hull problems. For a couple with a young family, the roomy accommodation (which came in four different layouts) would be hard to beat. So it’s easy to see why, the boat quickly became a classic of her genre, and why so many are still sort after today!

I was once asked to skipper a Berwick 31, on a cruise from the Solent to the Channel Isles and back, with a group of four regular army soldiers. This boat is like a grown up Centaur, and very similar, also designed by Laurent Giles. We made reasonably quick passages, but the ability to be able park the boat on the beach in Braye harbour, Alderney and some of the other islands using the big tidal ranges that exist there, certainly intrigued the crew! The lads loved it because they could walk to the pub. Soldiers are not known for their lightness of touch, so Westerly again must have done a good job on the build, because I can’t remember us breaking anything!

The Hunter 27 was part of a fleet of charter boats, which I looked after, for a couple of seasons. I didn’t sail the boat any real distance, but what did really impress me, was how trouble free the boat was regarding maintenance. I tend to think that most modern yachts are very lightly built compared with their old sisters but the little Hunter (which was the smallest and cheapest boat in our stable!) gave us almost no problems, whilst that certainly couldn’t be said, about some of the other larger yachts we managed. I think everyone knows that bare boat charter isn’t the happiest kind of life a yacht could have.

The boats interior worked really well for a young family, as did the self-tacking jib. Compared to the two Westerly’s this Hunter 27 was fast but tender in a stiff breeze, but the same could be said about any modern boat. Having sailed and raced quite a few of David Thomas yachts, he didn’t ever seem to design a bad one either, rather like Jack Giles!

If my few words on these four twin keeled boats sounds a bit like a sales pitch! It’s only because I think they all have quite a lot to offer, having all easily fulfilled, their build and design parameters!