HUNTINGTON, N.Y. (July 26, 2016) — Offshore Passage Opportunities (OPO) has announced that registration for its “Rally to the Cup” is now open. The Rally departs from several East Coast ports on June 7th, 2017 to allow enough time for arriving in Bermuda before the June 17 start of the finals for the 35th America’s Cup. It will provide dock space at the St. Georges Sports and Dinghy Club for the first 20 to 25 boats to sign up and a designated anchorage area (with launch service) or a berth along the wall in St. Georges for all others.

“Sailing to destinations as a group is an extremely rewarding experience, and Bermuda is just a short challenging few days’ sail away,” said OPO’s CEO Hank Schmitt, well known in cruising and yacht delivery circles for his orchestration of the annual North American Rally to the Caribbean (NARC). “Most Americans do not have time to attend the entire race series, but with some planning, sailing to Bermuda for the finals and back is doable.”

The rally fee of $199 per boat plus $150 per person includes rally planning and logistics, three socials, weather forecasting by WRI, Radio Net, help with customs and immigration as well as logistics in Bermuda, a Rally burgee, and T-Shirts for all crew.

“Simply put, this is about further promoting the rally concept and getting as many boats to Bermuda as possible,” said Schmitt, adding that he flew to New Zealand twice while New Zealand hosted the America’s Cup. “The people of Bermuda are more gaga over the America’s Cup than even the Kiwis were in 2000, so it should be great fun!” 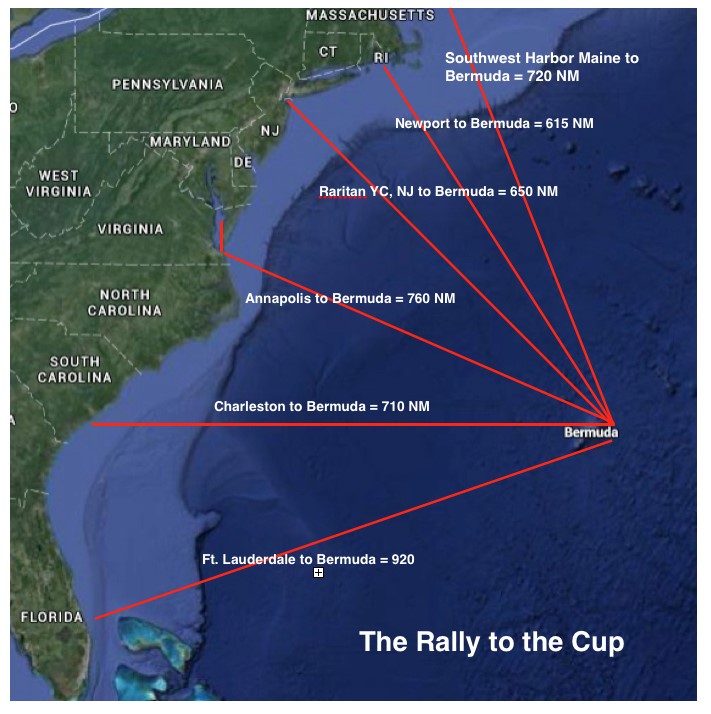 OPO’s mission is to seek, gather and create quality offshore passage opportunities for its members. The company’s North American Rally to the Caribbean (NARC), a 1500-mile “delivery south” from Newport, R.I., has taken place each November for the last 16 years.

Havana Challenge Ends, More Regattas to Cuba on the Horizon

Law enforcement cracking down on boating under the influence this weekend

The Glorious RETURN of Latitudes & Attitudes Magazine in 2019