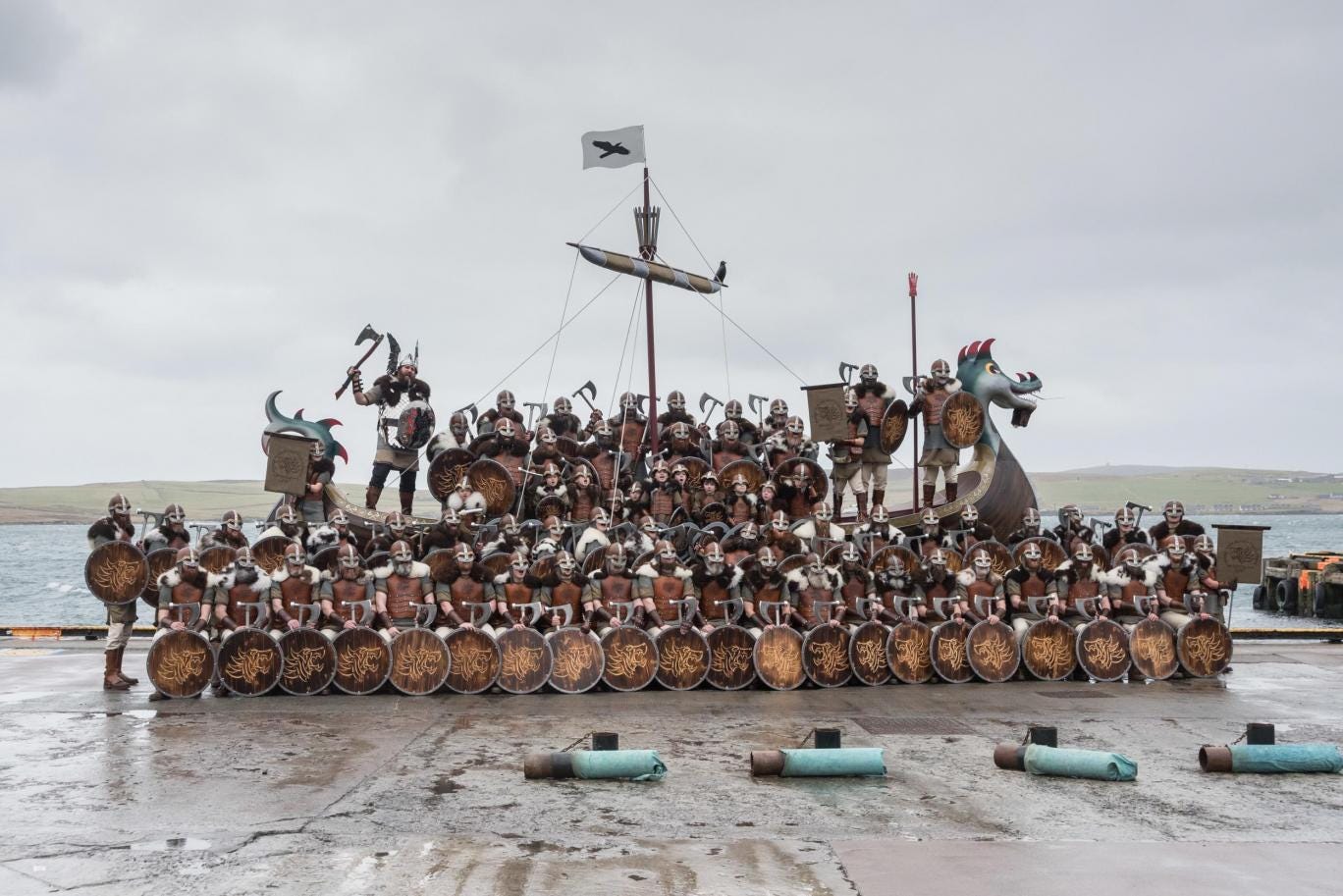 Wherever the hell we are it feels light years away from 2017. A mob of bearded Vikings – all Middle Earth helmets, sheepskin capes and squelching boots – bound past, bellowing an unsettling version of Elvis Presley’s “Burning Love” that echoes through the rain-lashed streets.

Smelling like a pack of wet dogs, they hare after their leader or Guizer Jarl, Lyall Gair, a bear of a man with a bird-like Hawkmen hat reminiscent of Brian Blessed in Flash Gordon, and a beard so wild it may well hide debris from his breakfast.

They are here to pull a spectacular Viking galley through the streets before it is set ablaze by 1,000 torch-carrying men dressed in drag. Weirder still, they’ve been drinking whisky since dawn, with their night-long party only set to finish the following afternoon. And, far worse, I’ve been asked to join them.