This year was one of the best years ever for the weather at th Pacific Power and Sail Show. Over thye past 20 years there have been some pretty cold events, at times below 40, and with rain & wind.  But this year, probably because we helped rent and pay for a tent just in case, the show was 80° every day, and the evenings were usually in the 70’s.  On the night of the party, it did get down to maybe the upper 50’s, but at least it didn’t rain!

About 600 people started the party out, with a mixture of attendees and exhibitors, but after the free pizza ran out, it got down to a controlable 250-300 party goers.

The raffle for the KKMI hual-out, the Forespar Pure Water+ Filtration System, art from Jim Dewitt and the ICOM radio from the good folks at Sea-Tech systems rounded out a batch of good prizes.

Our The raffle went well, with the Educational Tall Ship Foundation receiving the proceeds. Captain Alan Olsen, the CEO, was on hand to explain their program to those assembled.

For the past 10 years we have been working with Alan, as he was the one who taught Bob Bitchin how to sail, and in doing so “ruined his life”, and he has, in turn, ruined many more! 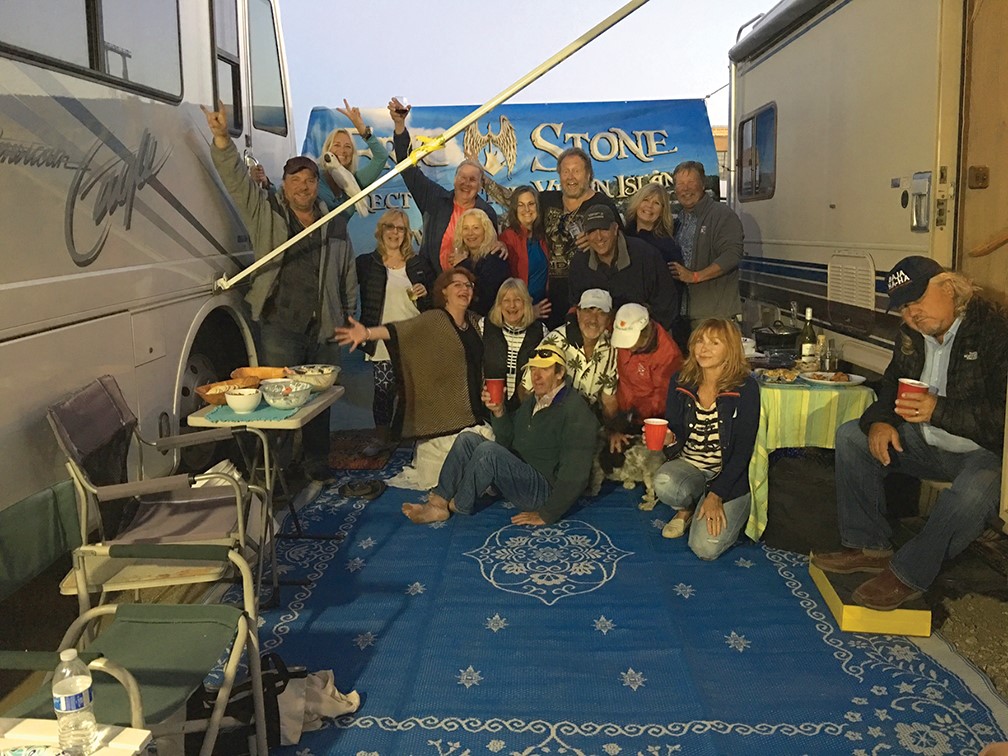 The evening before the party, Friday, Eric & Kim Stone threw a tailgate party at the motorhome “encampment” with folks from the Monterey Peninsula Yacht Club, who were the club with the largest number of attendee’s.  It was Creole food at it’s best, and the music wasn’t bad either!