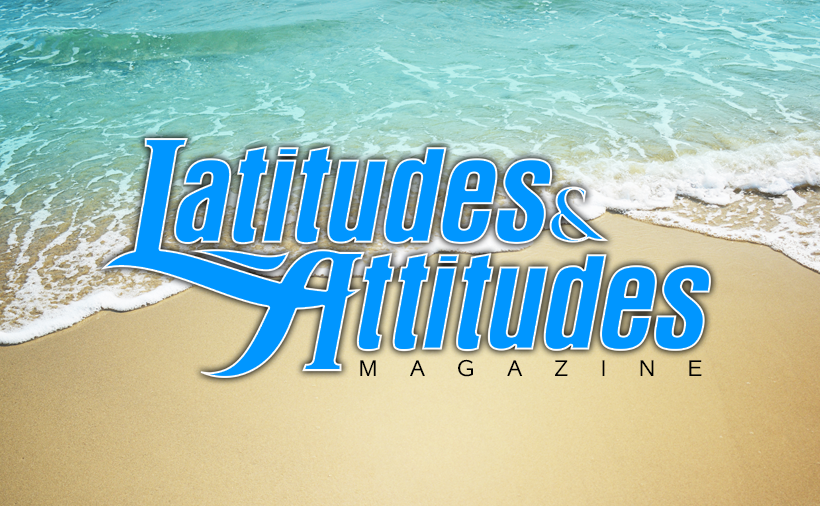 Many of you already know the story of Latitudes & Attitudes, but for those who don’t know the history, I will attempt to fill in the blanks without boring you.

To start, Latitudes & Attitudes Magazine was the #1 selling marine title on the newsstands for the last 5-6 years of its 15 years history. It was started in 1996 by Bob Bitchin, his wife Jody with a little help from Keith “Bandit” Ball who was the editor of Easyriders, and Bob Clark who was the Creator of Street Chopper, Trucking’, Hot VW’s, VW Trends and a large number of other magazines. Bob & Jody had just returned from a world cruise, and wanted to create a magazine to let “regular boaters and cruisers” know they were not alone. That not all who owned boats were rich, and many people worked on their own boats, and cruised the waterways of the world.

During the 15 years history of Lats & Atts, which it became affectionately known by its readers, it grew.  First a ship’s store, then a clothing line, then a radio station, and finally, in 2004 a network television show that aired for 5 years (65 episodes.)

In 2011 Bob & Jody decided it was time to sell their creation, finish building their Shannon 52 that was under construction in Bristol, RI, and sail off into the sunset once again.

An offer was made and accepted, and Bob & Jody moved to some land in the Sierra Nevada Mountains (yes, where the 2018 “Paradise” fire took place, missing them by about 2 miles) and started making plans to cruise.

But unbeknownst to them, they new owners had no plans to actually pay them.  Over the next 90 days the magazine was shut down, the TV show discontinued, the website and radio show shut down, and the bank accounts emptied, while the credit cards were all maxed out.

In bankruptcy at 68 years of age, it looked pretty bleak.

But then a little over 700 Lats & Atts readers reached out and sent $250 each to start a new magazine.

Now here’s the thing.  There are three things you should never do.

We did all three.

Within a year the new title, Cruising Outpost Magazine, became the #1 selling print marine publication on the newsstands nation-wide.

It was Charles Tobias, an old friend from Tortola who owns Pussers and has Marina Cay, who came to our rescue. While sitting in his office on Tortola one afternoon he asked if we’d gotten the trademark back.

Not knowing the legalities of such things, Bitchin said he thought he couldn’t.  They’d signed a bill of sale, essentially giving the title over to the new people.  He’d been told that the only way to get it back was to sue the new buyers, but, as it turned out, they already had a large number of judgments from previous “deals”, the largest of which was for over 3 million dollars.

Charles picked up the phone, called his lawyer in Washington DC, and in a matter of minutes, Latitudes & Attitudes was back in their control.

They brought back some of the old logo clothing and sayings, but had to give a lot of thought on whether to bring back the title or not.  After all, Cruising Outpost was doing pretty well, and was, once again, the #1 selling marine title on the newsstands.

On a recent Share The Sail event (which was created by Lats & Atts!) they were standing at the entrance to Corsair’s on Jost van Dyke.  It was for a party, and a couple asked one of the participants what it was all about.

She told them it was the same as the old Latitudes & Attitudes.

“Oh yeah!” They exclaimed.  “That’s a great magazine. We’ve heard of that.”

It was at that time the decision to go back to Latitudes & Attitudes was made.

Your subscription to Cruising Outpost will carry forward with Latitudes & Attitudes.  No change in schedule, no changes in subscriptions. And Our Founders Circle, who made all this possible, as well as Charter subscribers, will remain Founders and Charter Members as long as their subscription continue!