Trading in his Harley for sails, Robert became a dedicated sailor that has sailed the globe. To share his passion, Bob created Latitudes & Attitudes Magazine, which also became the first and only nationally televised series about the sailing lifestyle. Today, he continues to inspire others to sail by hosting numerous Cruiser parties, seminars, and through his nine sailing novels.

“For several decades, Bob Bitchin has been a tireless promoter of sailing,” said Annapolis Boat Shows President, Paul Jacobs. “Not only has his love for sailing propelled him around the world, but his work within the industry has inspired people from all walks of life to do the same.”

The Sailing Industry Distinguished Service Award is an annual honor bestowed on a sailor who has distinguished him or herself through outstanding and unselfish service to the overall advancement of the sailing industry. The awardee receives an inscribed Anniversary 8-Day Ship Bell Clock on a mahogany base that is a limited edition precision timepiece donated by Weems & Plath. Created by the Annapolis Boat Shows in 2014, the objective is to inspire members of the sailing industry to strive for high standards of excellence, service, and commitment. Nominated by their peers in the sailing industry, the final selection for the Sailing Industry Distinguished Service Award is be made by a panel of judges who represent the industry and its high standards of excellence.

Last year’s Sailing Industry Distinguished Service Award went to Gary Jobson, a timeless sailor, television commentator, and author based in Annapolis. Just like Gary, Bob joins a distinguished group of recipients recognized for their continued and selfless service to the overall advancement of the sailing industry. For more information on previous winners, visit annapolisboatshows.com.

Congratulations to our founder, Bob Bitchin for all the lives you’ve ruined, and continue to ruin! 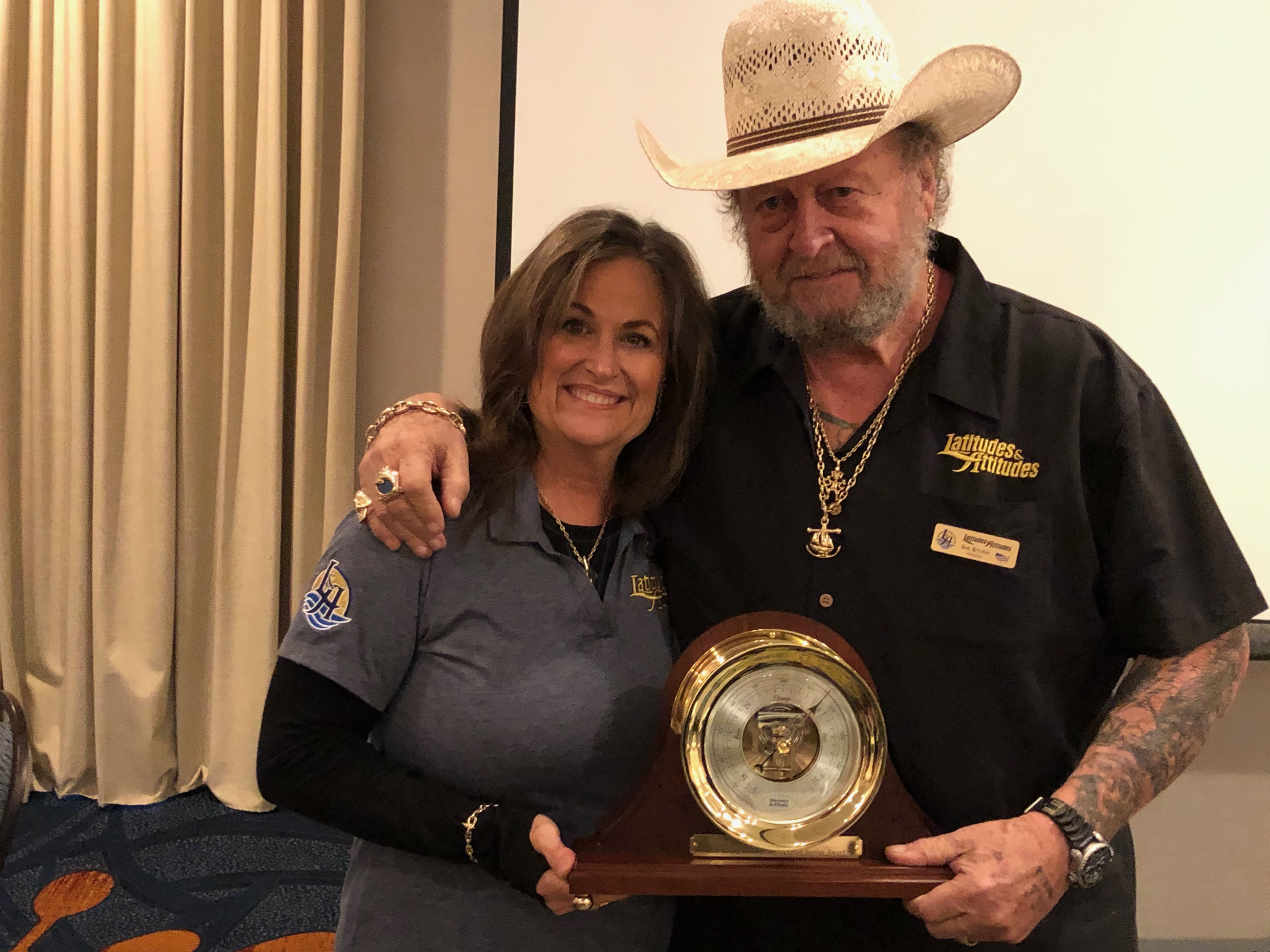 Mystic Knotworks – An Idea Worth Sharing 5% OFF FOR YOU, 10% TO CHARITY