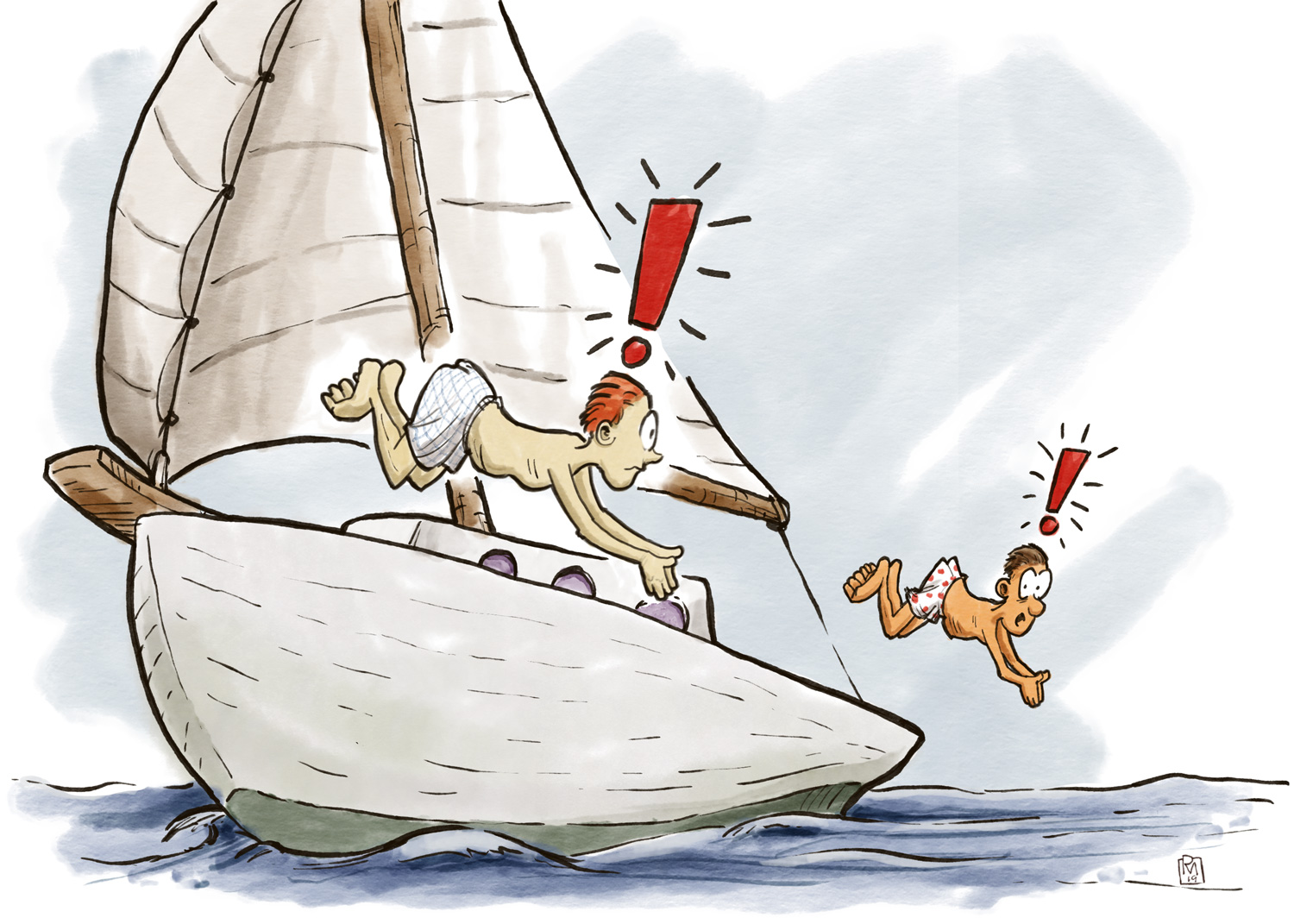 Boat deliveries can be enjoyable, dangerous and sometimes repetitive; all at the same time! My buddy and I found a way of making, our boring trips together almost too interesting.

Richard and I had both sailed small engineless yachts single-handed across the Atlantic. And we’d ended up anchored close together in Freeman’s bay, English Harbour in Antigua. Both of us needed to top up our cruising budgets.

Richard looked after and delivered a fleet of C & C 43 ft charter yachts based at Parham Harbour on the other side of the island. Whilst I did a similar job with locally based Peterson 44’s. Both companies’ insurance refused to allow their charterers to sail inter-island…which is where the deliveries came in.

If we were very lucky our trips could dovetail together. When Richard had to take a boat to another island; and I had to bring one of mine back from the same place (or vice versa!). We could save on both flight expenses money and delivery time!

The most regular trip for both of us was Antigua to St. Martin and back. Our first fun and games began on one of these…

I remember we left English Harbour about 4 o’clock in the afternoon on one of the Petersons 44’s. It’s roughly a 100-mile downwind passage. The departure time would allow us enter Phillipsburg Bay on the Dutch side of St. Martin immediately after sunrise, provided we sailed conservatively. We’d already named the passage, ‘the Pina Colada run’.

Rolling along in beautiful blue water. This easy sail allowed us to yarn and have a few rum sundowners well into the night! Then divide up however many hours were left in half. Giving just enough time, for each to get our heads down for a couple of hours. Before our dawn landfall…

I was last on watch and gave him a shout after entering the bay at sunrise. Thinking back remembering that; as soon as the so and so’s on deck. I’ll dive overboard to cool off…it should wake him up!

Unfortunately, Richard had obviously had a similar thought. Out of the corner of my eye in mid-flight.  To my horror, I saw he’d dived too!

The yacht continued sailing across the bay much faster than we could swim. She ended up sailing gently aground on the opposite side of the bay to the Marina. After a knackering half-a-mile swim a much soberer crew climbed aboard. Quickly dropping the sails and motoring her off the beach. Due to earliness of the hour we were extremely lucky. Nobody had spotted us.

Richard grabbed a cab to take him over to Marigot Bay, on the French side of St Martin, to take his boat off his charters. While I started cleaning up and re-watering in Bobby’s Marina. Readying the yacht for my folks flying in from Boston. Several hours later after my hand-over I met Richard again in Marigot Bay.

The return voyage was much less fun. Due to sleep deprivation, last night’s rum and a bouncy upwind sail. Once clear of St Martin we’d go into two hours on and two off watch system.

Unbeknown to me Richard had another trick up his sleeve. He’d gathered together some very small pebbles from the French beach.

Our slower beat back to Antigua continued with the engine running to help the C & C 43 to pop through the wave. Due to time constraints it’s not worth being a purist sailor on deliveries. The sunset gave way to one of those black Caribbean nights whilst the boat continued gamely fighting upwind. Richard came on watch to relieve me and I gratefully went below. Bedding down in the saloon where he could easily give me a shout.

After what seemed like no time at all I woke up suddenly. Peering out from my berth I couldn’t see Richard in the cockpit. Thinking then he’d maybe gone on deck. I listened for the clank of his safety harness on the jack stays. (This was in the days, when the Jack Stay safety lines were made of steel wire rope and hence very noisy). Nothing, nadir…

I shot out on deck thinking ‘my pal’ has gone overboard. Glancing at the compass and unlashing the wheel. I began to turn the yacht onto a reciprocal course. Only to hear Richard’s laughter from somewhere in the dark. And his comment ‘I wondered what you’d do you silly man’.  Grabbing our handy torch, I spotted Richard sitting on the first set of spreaders.

Unfortunately, fear gave me a complete ‘sense of humour failure’. I spent the next 20 minutes yelling at him that if he came down, I’d kill him! Then I started driving the boat flat out into the seas to give him a very rough ride on the cross trees. After I’d calmed down; a slightly bruised Richard came safely back into the cockpit.

He told me that he’d spent some time chucking his tiny beach pebbles at my face. Once he thought I was awake, he’d silently left the cockpit and climbed up the mast.

Roughly forty-eight hours after leaving English Harbour; we’d both be tucking away a few dollars for our next ventures. Whilst sipping a few tubes of ‘Red Stripe’ in the Captain’s table bar a few some mates. They kept asking us why we couldn’t stop laughing…

To Deploy or not to Deploy Anchor Buoys…

Pics That Will Keep You Sailing (31 Pictures)