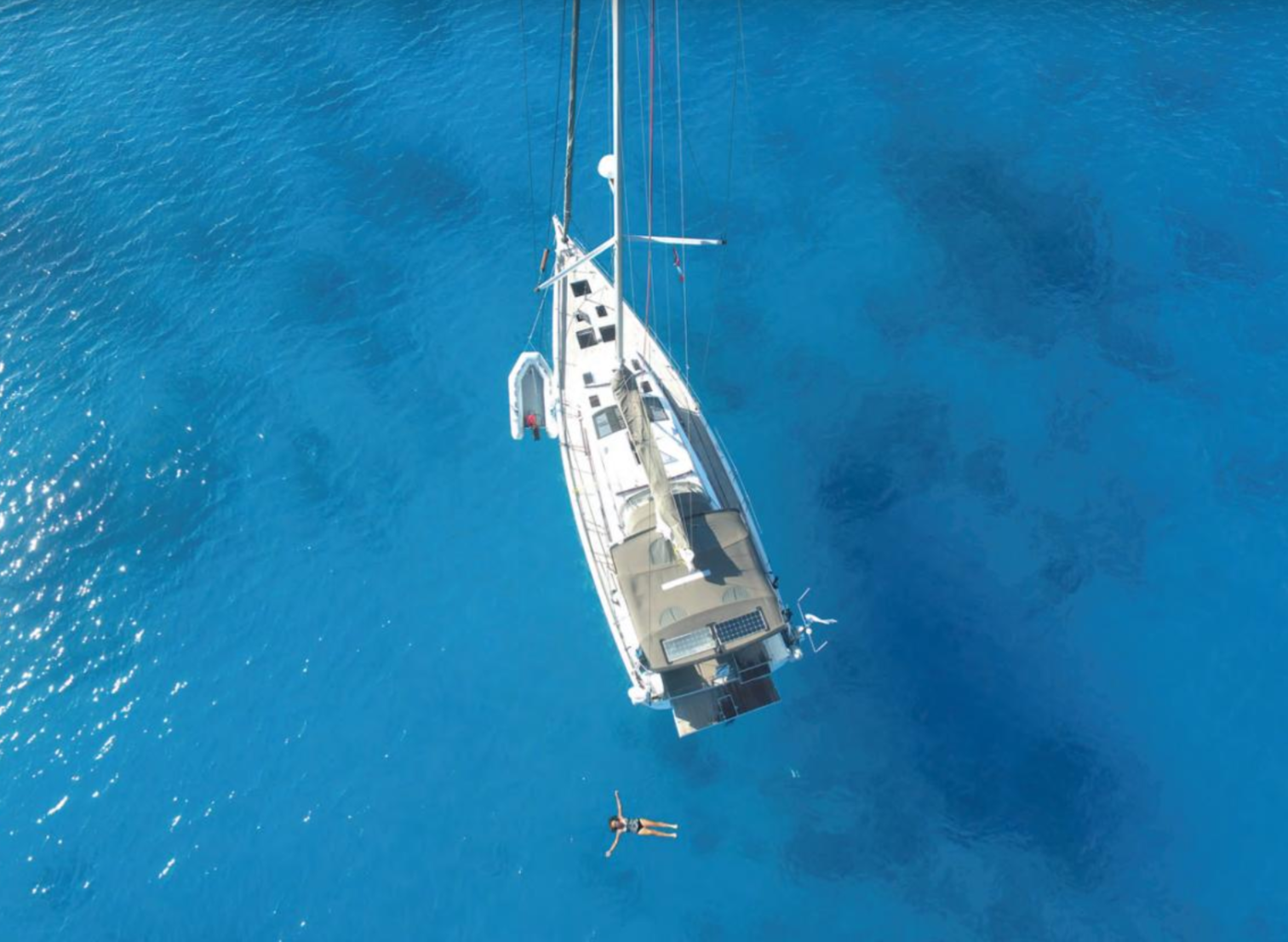 Sailing under the huge steel arch of one of the most iconic structures in the world, the Sydney Harbour Bridge, I was so raw with emotion that I was laughing and crying and shouting with joy at once. Really, I cannot start to describe how I felt, as it was quite simply, in the terms of today, “crazy!” Most definitely, it is a moment I will never forget in my life. I had just circumnavigated the world by sea, and now skipper Matt and I were back where it all began 27 months earlier – with both boat and bodies intact.

It was a short circumnavigation – too short of course. But, being friends rather than partners, it is a quite different scenario to the usual couples and families that spend a lot longer cruising their way around the world. Owner, skipper, and now my good friend, Matt had family here in Sydney and also an ongoing love affair with his sailing business in the harbour, and so it was reasonable to be back so soon. Already, of course, both of us were planning the next voyage, and so although it was the end, we could console ourselves with the thought that it was also perhaps the beginning of a new adventure.

In truth, we had officially circumnavigated when we crossed our outbound path up in Queensland. Equally, we had arrived in Sydney the day before on a grey and dull spring day, and our emotions had been welling from the moment we started to see the familiar landmarks of the city. As we had neared Sydney Heads, a flotilla of boats of all types and sizes, and complete with (mostly Matt’s) friends and family, had come outside the Heads to greet us and escort us into the Harbour. It was wonderful to see a few familiar faces, so it must have been incredibly heart-warming for Matt!

For me, seeing one of our COVID lockdown friends from Papeete, Pete, come out to greet us on his yacht, was especially poignant. He, of all the people there, had some idea of what we had done, and I have to admit at that point to shedding the first of a few tears — it really was all too much to take in and an incredible welcome. At the same time, the tears were for the end of a journey and the cruiser’s life I had grown to love more than I could ever have imagined.

Tears wiped away, we sailed through the Heads into Sydney’s Middle Harbour, the entourage followed, waving, tooting fog horns, and having as much fun as us as we made our way to tie up for the night at the local yacht club. Somehow though, this just didn’t feel right — it just didn’t feel finished. As I said to Matt, “I’m not finished until I sail back under the Harbour Bridge into Darling Harbour where we left from.”

However, we proceeded to enjoy the welcome and celebrations at Matt’s place over the bay — a truly joyful affair put on by his wife Helen! It was amazing to see friends again, and more emotional than I

would have ever imagined as they barraged us with questions and congratulations. All those tales of whales, gales, turtles, manta rays, dramas at sea, starry nights and sunny days, anchorages ,and people you will never forget started flowing. The journey itself and what we had done began to slowly sink in.

Ask The Outpost: How Close To The Wind Can I Sail?

Get On The Water With Sailing Pictures That Inspire (40 Pictures)