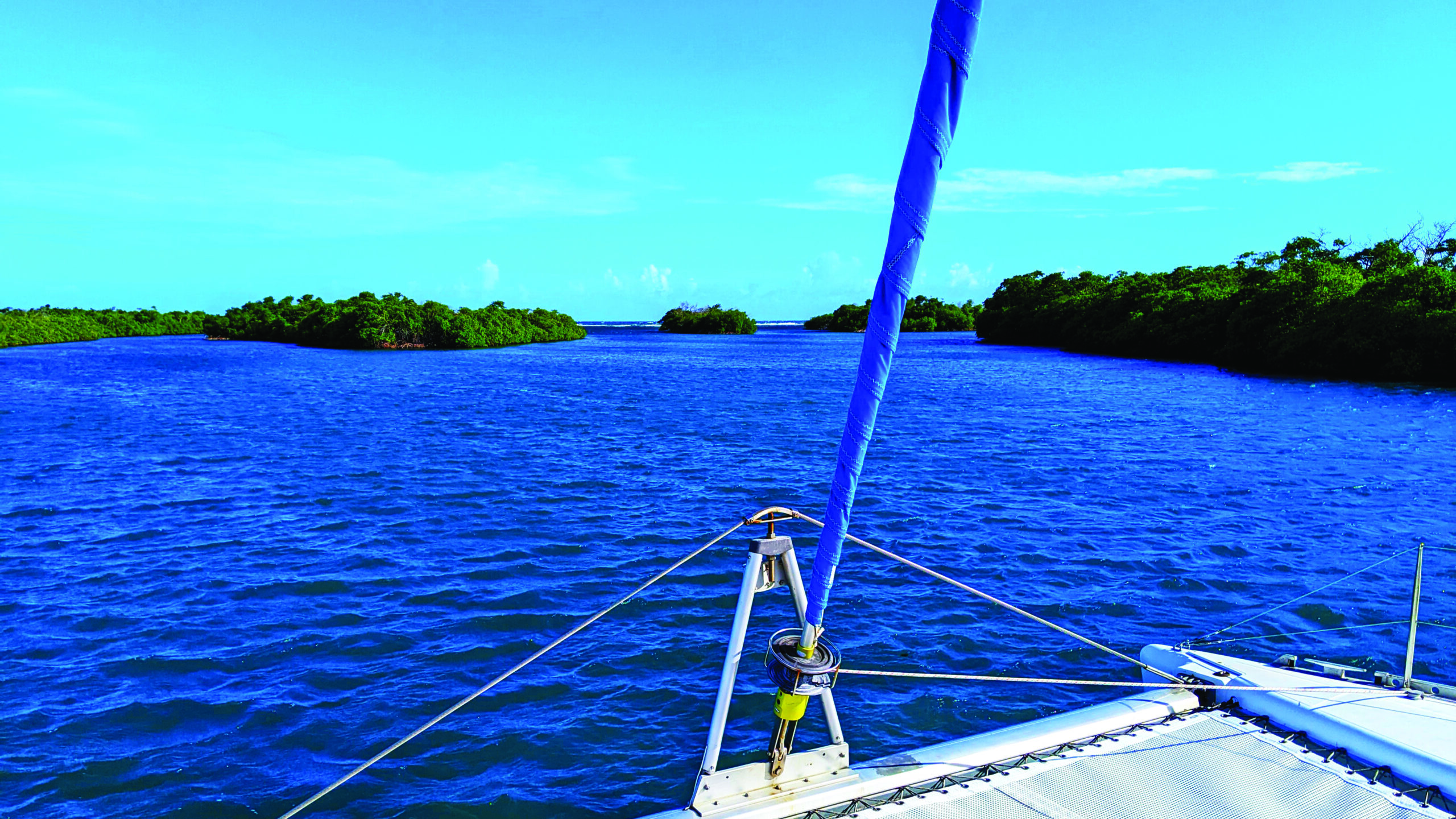 For the last eleven years, I have run crewed charters aboard Guiding Light, a Lagoon 410, in the Virgin Islands and several years in the Leeward and Windward Islands. In February of this year I decided it was time to point the bows westward to see new cruising grounds, and my girlfriend, Lily, and I did just that. Our first stop would be the southern coast of Puerto Rico. I am sure many of you are wondering why we skipped the amazing islands of Culebra and Vieques along with the east coast of Puerto Rico. Simply put, I have spent months in the Spanish Virgin Islands over the last decade, and I wanted to go somewhere new. Plus, we had a wonderful surprise pop up a week or two before: Lily’s daughters (age twenty-seven and twenty-one) would be joining us for ten days.

We sailed the forty-plus miles from St. Thomas to Palmas Del Mar Marina in order to leave the boat secured while we drove a rental car to San Juan to pick up the girls. Having spent some time each year in Puerto Rico, I knew I must show them Old San Juan and the El Yunque rainforest. Both were major hits and well worth the three days we spent away from the boat, but it was time to get back aboard and set sail.

We left on the fourth morning of their visit and raised the spinnaker for a fast thirty-mile run to Bahia de Jobos and topped it off by entering the bay at the eastern entrance called Boca del Infierno (Mouth of Hell in English) in twenty-five knots of wind. Despite the ominous name, I was not that worried because it was supposed to be a fairly well-defined gap in the reef, and if I did not think it was safe to enter, we would just go another five miles and enter the bay on the leeward side of the reef. It turns out it was no big deal even in the high winds, and we anchored between the mangrove islands to the east, which turned out to be right next to Cayo Caribe State Park. Everyone loved exploring all the different mangrove channels between the islands with the dinghy and going ashore to walk around the park.

Outposters For Your Weekend (21 Pictures)