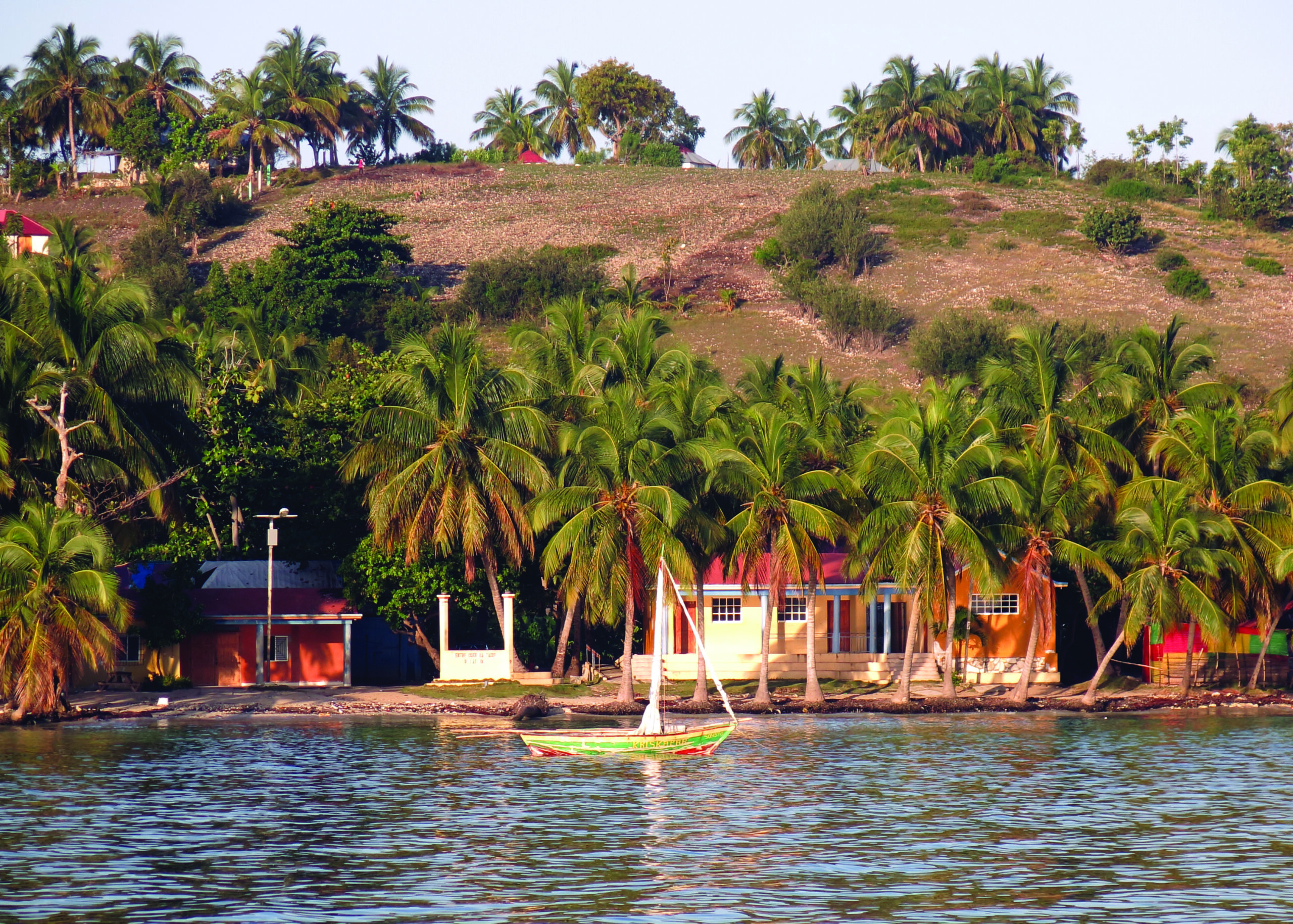 When a winter norther blows through the Bahamas, the northeast trades reach gale force as they funnel through the Windward Passage between Cuba and Haiti. We were in Santiago de Cuba on board Distant Drummer, a Liberty 458 cutter rigged sloop, hoping for a lull in the wind. We planned to cross to Haiti and spend a few days at IÎle-à-Vache, a small island on the south coast that is popular with cruisers waiting for fair winds to sail east to the Dominican Republic.

The eastward route along the south coast of Hispaniola is renowned for strong headwinds and counter currents. We knew we were in for a difficult passage, but a season cruising south through the Lesser Antilles to Grenada was our reward for a few days of hard sailing.

Eventually, the break came, and we departed Santiago passing through the narrow entrance beneath the magnificent Castillo del Morro, which guards the entrance to the bay. We had a fabulous beam reach across the Windward Passage to Tiburon at the west end of Haiti. In the lee of the island, the wind veered, and we picked up a west-setting counter current, the second night of the passage was spent motor-sailing slowly into a headwind.

The next morning we entered the channel between Haiti and Île-à-Vache. The passage meanders between shoal reefs and is peppered with buoys and plastic bottles marking fishing nets and lobster pots. As we approached the island a dinghy came out from the shore and hailed us then motored close by alongside. The local men on board, Felix and Pipi, had come out to welcome us and guide us into Baie à Ferret, where we planned to drop the pick.

I was on the helm while Neil had gone forward to keep lookout and prepare the anchor. As lookout, we have agreed upon warnings for imminent danger in our path: “neutral” is used to stop the prop if we are about to catch a fishing net or lobster pot, and “reverse” is used to stop the boat quickly to avoid collision with something hard – usually rocks or a coral reef.

We were motoring with our guides alongside when suddenly one of the men cried out “reverse, reverse!” and “reverse now!” To me, this meant only one thing – we were about to hit a coral head. I quickly shifted into reverse and revved hard to stop the boat as rapidly as possible. Neil came running aft, wondering what was going on, as he had seen nothing ahead and told me to put the engine in neutral. We looked over the transom; a white fishing buoy was floating on the surface, and a black spurt flushed out with the exhaust water from the engine.

Guirec Soudée Explores Greenland For One Year On His Sailboat

Get On The Water With Sailing Pictures That Inspire (40 Pictures)