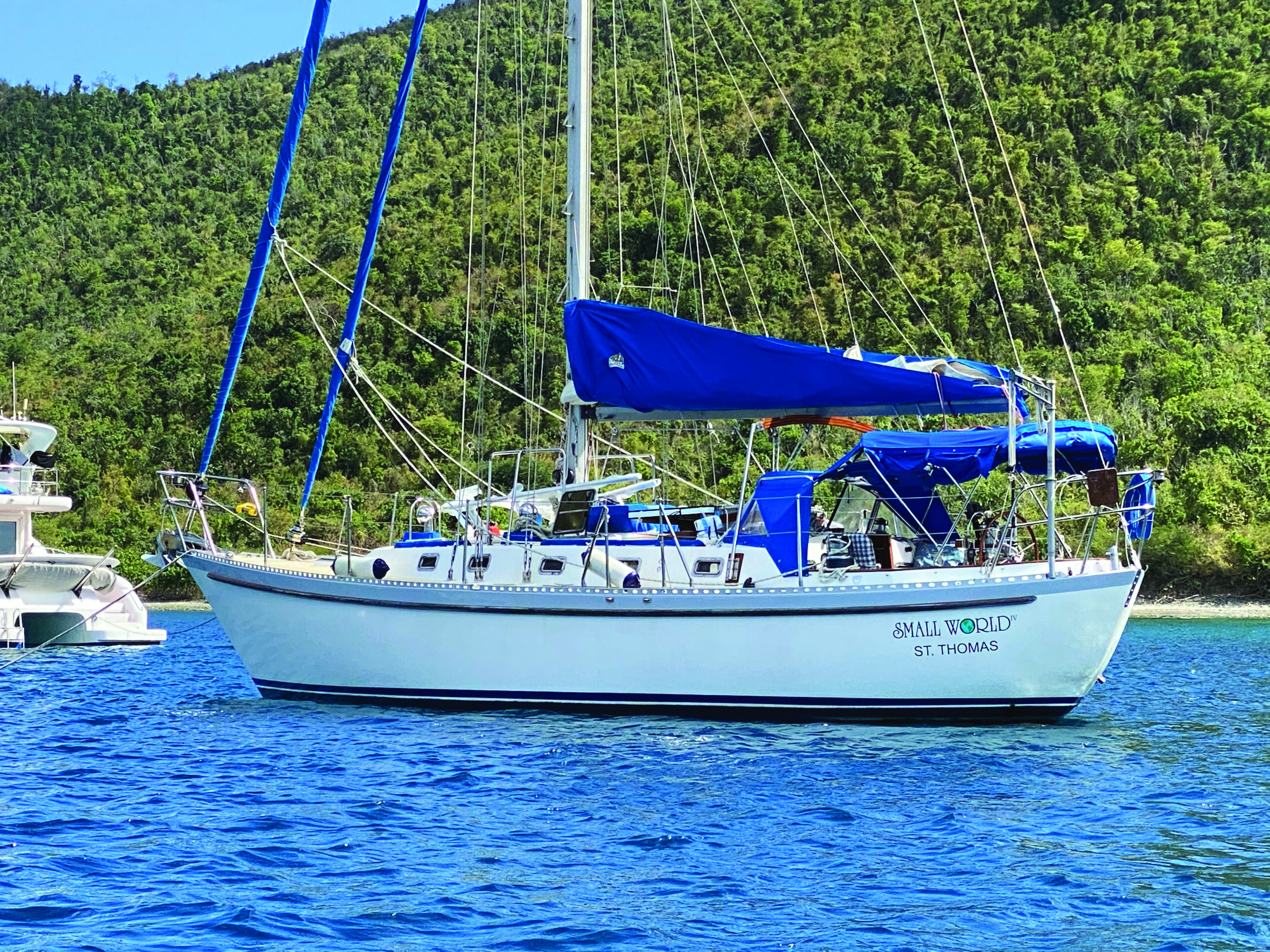 After four decades of having many different sailboats, one day I began to think of all of the vessels I’ve owned and realized that I had trouble remembering them all. I decided to sit down and make a list of all these fine craft. As I began to write my recollections down, I realized that I couldn’t even remember all their names, which is kind of bad… kind of like an 1980s rock star trying to remember all the women they have slept with, I suppose… but I do certainly remember the details of the most memorable ones!

I bought my first sailboat in my early twenties. She was a sixteen-foot comet class wooden daysailer/racer, well past her prime and no longer competitive. I sailed her for the spring and summer, every chance I got, and, by the end of the season, I decided I wanted something bigger.

Searching for-sale ads in the regional newspapers, I found a boat that had two pipe berths and a porta potty. She was a 1954 twenty-six-foot Luders molded mahogany sloop with a five-and-a-half-foot beam, which I bought at a bargain price after the previous owner’s sander went through the hull, leaving a square foot hole. “I can fix that,” I thought, and I did! I remolded the stern quarter, restored her to museum condition, and kept her on an inland lake at a mooring field. I had to buy a sailing dinghy to get out to her. I sailed her for two seasons and although she was a great overnighter, she was too narrow and small below to really cruise comfortably and with her non-self-bailing cockpit. However, she would have been a bit sketchy in big waves on open waters.

I sold her with the dinghy and bought a “real” cruising boat: an Amphibicon 25 which was reputed to be the first trailerable production cruising boat design. When she was built back in the 1960s, she was an amazing piece of engineering; a strip planked cedar twenty-five-footer with a self-bailing cockpit, outboard motor in a well, and a pop top to allow standing headroom at anchor. That boat had four berths, cooking facilities, and even an enclosed head. I sailed her for two seasons and bought a newer sailing dinghy to be her tender, but then needed money for a down payment on a house. So, I trailered her out to Maine and sold her to one of my best friends, who eventually took her on a long voyage south over the ensuing years.

Outposters For Your Weekend (21 Pictures)

Silly Sailors on the Shiawase