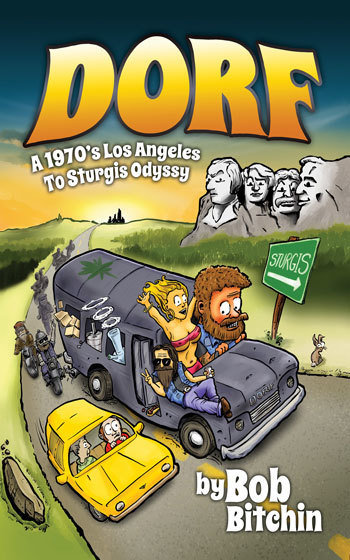 Legal Crapola & Explanations (For those who care!)

This is either a work of fiction or non-fiction. This work proves that Schroedinger’s Cat Theory: A cat imagined as being enclosed in a box with a radioactive source and a poison that will be released when the source (unpredictably) emits radiation, the cat being considered (per quantum mechanics) to be simultaneously both dead and alive until the box is opened and the cat observed. In this story the cat is very much alive!

What I am trying to allude to is it never happened… and when it did, I wasn’t there, because if it were labeled as non-fiction a whole lot of people could be highly embarrassed (or worse!).

As we reach senility sometimes things that happen get foggy, and things that didn’t happen seem to warp into some kind of fuzzy reality. So once again, this never happened, and when it did, it was a long time ago, and in my alleged drug-addled state of mind, it could have all just been a dream.

Bob Bitchin brings his unique brand of outrageously irreverent humor to DORF! It’ s the quintessential biker road trip in a bus from California to biker Mecca - Sturgis. And no one will come close to comparing this bus to the Partridge Family bus! It’s filled with the 3 B’ s – Booze, Bikes, and Boobs!

In the secretive world of biker men, who simple mortal men are routinely afraid of (and their wives and girlfriends secretly want to be with), life is filled with brotherhood, partying, pranks, riding and the craziest good, bad and plain dumb luck you’ll ever see. The stories are often crazier than fiction, and if there weren’t photos, articles (or court documents) to prove it, nobody would believe it, or worse, remember it! That being said, there is no better storyteller than Bob Bitchin! In a modern world filled with posers, corporate greed and thin-skinned people everywhere, Bob Bitchin recounts unabashedly when men were men and the world was free for enjoyment!!!

Save this product for later